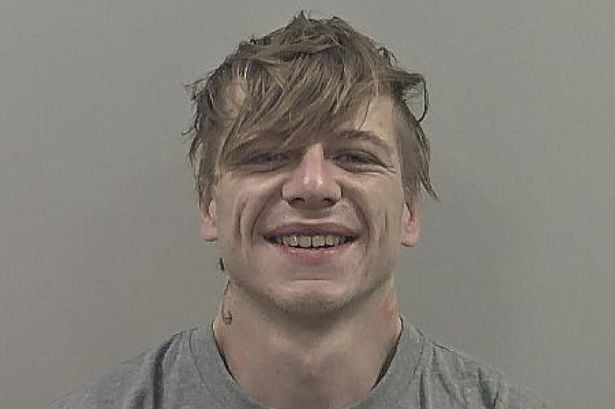 Kieran Kauss a notorious troublemaker has a history of theft and violence. Kauss made headlines earlier this year when he stripped naked and caused thousands of pounds of criminal damage in a Freshney Place security room and was jailed for 50 weeks. He has now been given a three-year criminal behaviour order in a bid to stop his antisocial antics. These orders are a new version of antisocial behaviour orders.  They are designed to try to give the public some respite from the appalling behaviour of serial criminals. By imposing restrictions on their troublemaking activities. With the idea to try to turn regular criminals away from crime with the threat of prison if they then breach the restrictions.

On December 29th security staff detained him when he entered a store and tried to walk off with stolen goods. When Kelvin Kauss appeared in court at an earlier hearing in January he admitted 14 counts of shop theft, common assault, causing more than £5,000worth of criminal damage, assault by beating, and two counts of racially aggravated threatening behaviour. When he was placed in a holding room he smashed an air conditioning vent and glass panel, ripped out ceiling tiles and wires and stripped naked. As he was arrested he racially abused and threatened two members of staff. Klaus has been responsible for a number of incidents in stores across Freshney Place, Freeman Street, and East Marsh since October.

it is understood that has agreed to the application for the Criminal behaviour order in a bid to change his ways and stop him from making people’s lives a misery.

Conditions of the Criminal behaviour order will include.

He will not enter or attempt to remain in Grimsby Town Centre, unless a passenger on public transport with a valid ticket.

That he will not enter or attempt to enter any Sainsbury’s store in North East Lincolnshire.

Not entering Primark in Grimsby.

Also that he will not remain in any retail premises if asked to leave.