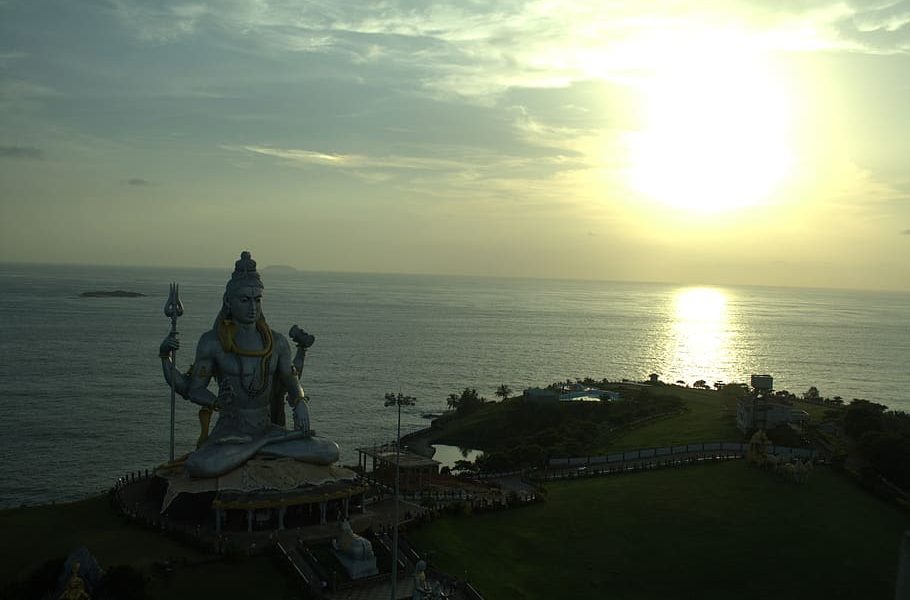 Maha Shivaratri is a Hindu festival celebrated annually in honour of Lord Shiva.  Every night of the new moon is dedicated to Shiva, but this particular moonless February night is especially important since it is the night that marks the night of the heavenly marriage and consummation between Shiva and Parvati.

Unlike most Hindu festivals which are celebrated during the day, Maha Shivaratri is celebrated at night.  This is why it is also known as Great Shiva Night.

Another difference between this and most other Hindu festivals is that, rather than being an expression of cultural revelry, Maha Shivaratri is a solemn event notable for its introspective focus, fasting, meditation on Shiva, self study, social harmony and an all night vigil at Shiva temples. as decorations.  It’s believed that devotion to Shiva on Maha Shivaratri will free devotees from their past sins. An important facet is the belief that those who pledge themselves to him on this occasion will be liberated from the cycle of birth and death and so attain moksha or salvation.

At home, Hindus may perform the ceremonial worship by taking a holy bath (in warm water) early in the morning, wearing new clothes and then smearing bhasm (holy ash) on their forehead.

Maha Shivaratri is especially important for women, both married and unmarried.  It is believed that Parvati bestows marital bliss on women yet to be married, and blesses the married with a healthy and blissful married life. Young girls observe the fast and worship Shiva so that he may bless them with good husbands. They sing devotional songs in praise of Lord Shiva, and holy texts are chanted throughout the night.