This is a Holy Week for Christians 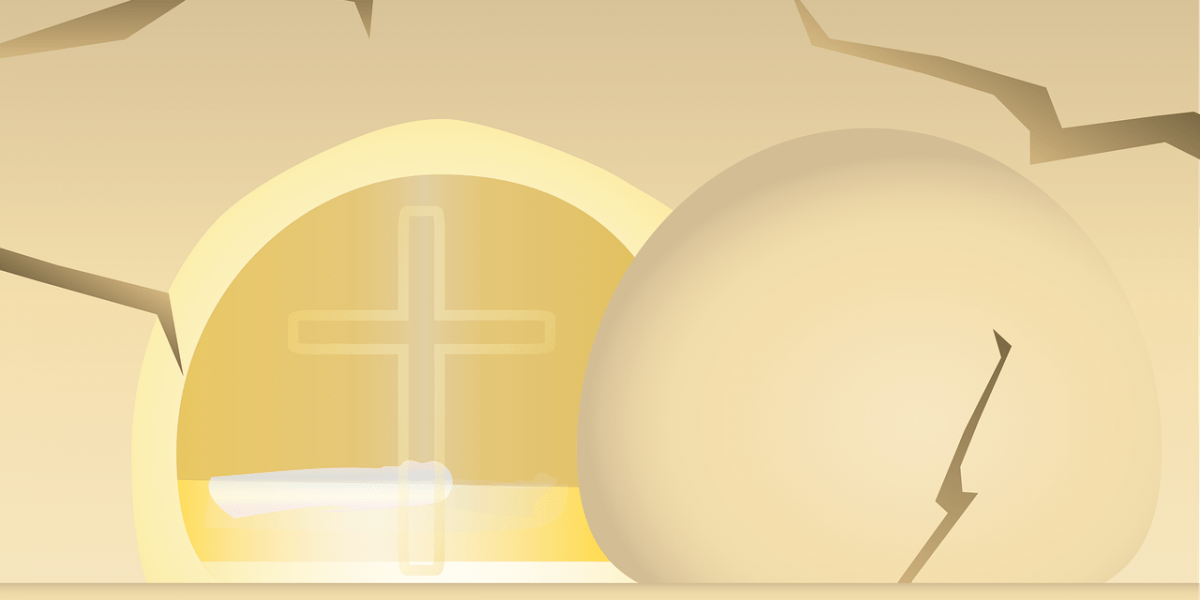 This week is the most solemn week of the Christian year.

Called Holy Week, it is the week leading up to Easter.  During which Christians particularly remember the last week of Jesus’s life.

Holy Week begins on Palm Sunday.  This was last Sunday.  It commemorates Christ’s triumphant arrival in Jerusalem to the cheers of the crowd.  Later in that week many of the people in that cheering crowd turned on Jesus were among those shouting that he should be executed.  Because of this, Christians are encouraged on Palm Sunday story to think about the strength of their own commitment to their faith.

Normally, many Palm Sunday services involve processions where large palm branches or smaller palm crosses are carried.  This year, no processions could be held due to the Coronavirus pandemic.  The palm crosses remind people of the palm leaves which the people of Jerusalem waved when Jesus arrived, and also the cross on which he died.  This year, people were encouraged to make their own palm crosses out of paper, and display them in their homes.

On the Monday, Tuesday and Wednesday of Holy Week, some Christians reflect each day on the different activities Jesus was involved in whilst in Jerusalem.

Thursday in Holy Week is known as Maundy Thursday.  Christians remember it as the day of the Last Supper, when Jesus met with his disciples for a meal in an upper room.  During the meal, he washed the feet of his disciples and established the ceremony known as the Eucharist or ‘Holy Communion’.  The name comes from the command (mandate) given by Christ to his disciples that night, to love one another.  In some other countries this day is known as Holy Thursday.

It was after the supper, that Jesus was betrayed by Judas in the Garden of Gethsemane.

The next day is Good Friday.  It commemorates the trial and then the execution of Jesus by crucifixion.  Good Friday is a day of mourning in church, and Christians reflect on Jesus’ suffering and death on the cross, and what it means for their faith.  In normal times, there are three main types of church activity: Some have special Good Friday processions.  Others re-enact of the Crucifixion and the events leading up to it, either in church or in a public place.  Often, though, the main service takes place between midday and 3pm or from 2-3pm.  These correspond to the time Jesus is thought to spend on the cross before dying, and the ‘last Hour’ is particularly sacred.  This service takes the form of a meditation, with hymns, prayers, and short sermons, often based on the seven last words of Jesus on the cross.

The next day is Holy Saturday which is often, but wrongly, called Easter Saturday.  Easter Vigil services are held in the evening.  The idea behind this is for faithful Christians to wait and watch, hopeful and confident that Christ will return…

Easter Sunday is the culmination of the Holy Week.  Easter commemorates the resurrection of Jesus Christ.  After his death, Jesus was buried in a garden tomb.  The tomb was guarded and an enormous stone was put over the entrance, so that no-one could steal the body.  On the Sunday, some women visited the grave and found that the stone had been moved, and that the tomb was empty.  Jesus himself was seen that day, and for days afterwards by many people. His followers realised that God had raised Jesus from the dead.  It is the most important Christian festival, and the one celebrated with the greatest joy.