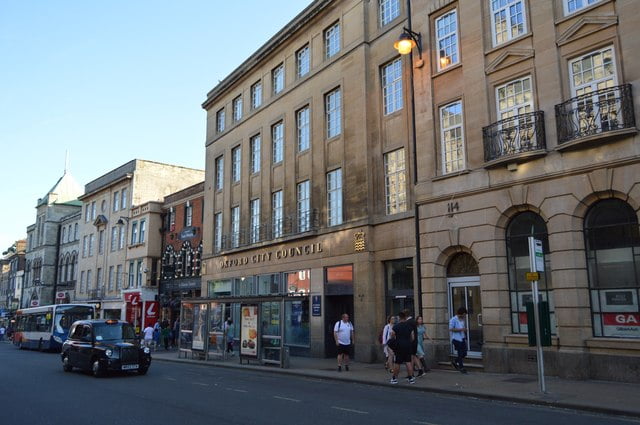 In a press release issued this week, the OCC have outlined the financial difficulties faced by local authorities across the country, as local services are put under increasing pressure by the Coronavirus crisis, and claimed the move to join the CCIN will enable the ‘better sharing’ of progressive policy ideas between local authorities nationwide.

The OCC have explained that, “Oxford’s response to the Covid-19 outbreak has been marked by its support for the community, local economy and its continued contribution to environmental sustainability.”   Councillor Tom Hayes, added:

“Oxford City Council is delighted to become the thirtieth member of the Co-operative Councils’ Innovation Network. We are excited about working within a Network that is growing in size, strength, and influence because of its agenda for inclusive economic growth.”

The press release explains that the Council believes joining the network will be “a demonstration of the Council’s commitment to supporting cooperatives as part of Oxford’s economy.”

According to its website, the CCIN is a “collaborative network” of local authorities, political groups and organisations from across the UK, which aims to use the principles of the Co-Operative movement to pursue local government policy solutions.

The CCIN was founded in 2012 by Labour councillors Steve Reed, Jim McMahon and Sharon Taylor with the aim of “[finding] better ways of working for, and with local people for the benefit of their local community.” Mr Reed is now a Labour and CoOp MP, and Shadow Secretary of State for Communities and Local Government, he says:

“We provide a national voice for co-operative councils, informed by real experience and practice, with the aim of drawing on, influencing and framing national policy and political debates about the future of public services, local democracy, and communities across the country.”

On the CCIN website, the network’s Honorary President Steve Reed says that the organisation is a “do-tank” rather than a think tank, based on the principles of and demonstrates “how we can use those values today to do better for less.”

In a video on its website the CCIN is keen to stress that it is not a party-political organisation, but rather focussed on “developing good practice and [supporting] one-another in our co-operative aims and values” however the network’s members and affiliates overwhelmingly consist of Labour-controlled councils.