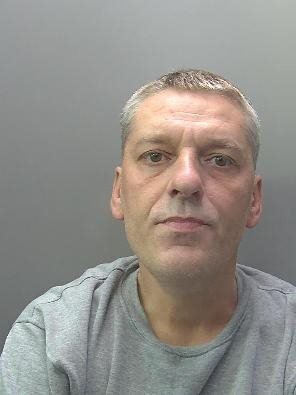 A man has been jailed for a year and eight months after being found guilty of burgling a house in Peterborough.

The front door of the property had been left open due to hot weather, allowing Hutchinson to sneak in without the occupants realising.

When the victim went into her bedroom she found Hutchinson going through her belongings.

He ran out of the property dropping a jewellery box as he went.

Fingerprint analysis on the box later linked him to the crime.

Hutchinson denied a charge of burglary, but was found guilty and sentenced at Peterborough Crown Court.

DC Tom Hunt said: “Hutchinson saw the open door and took advantage of it, even to this day he has taken no responsibility despite the overwhelming evidence and I am pleased the court were able to see this.”

Information about burglary and advice on how to best protect your home can be found on the force website www.cambs.police.uk/burglary

Contact Gi Peterborough
Email us: [email protected]
Follows us on Facebook for all the latest local stories, breaking news and to join the conversation