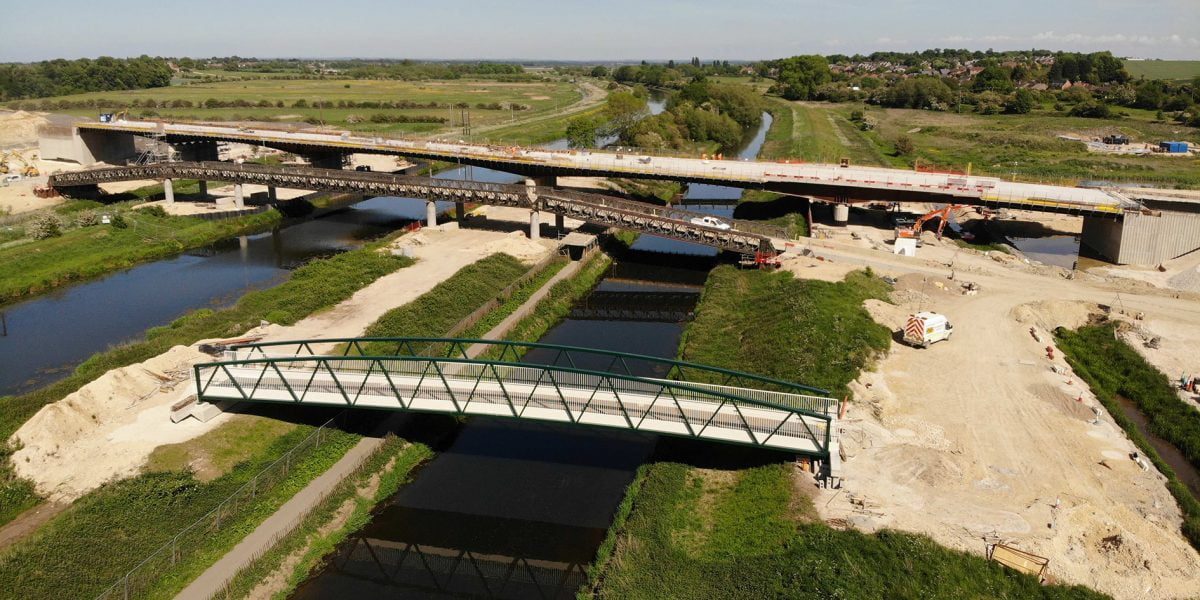 Lincolnshire County Council have released video footage of a flyover on the A46 Lincoln Eastern Bypass, which can be found here.

The footage reveals the progress taking place on the site.

The next step in the works schedule is the removal of the 140-metre haul bridge over the River Witham.

But, in a recent update the Council revealed that in addition to previous delays caused by the coronavirus crisis, the next stage of the project has also been delayed because of nesting birds.

“Unfortunately, we’ve had to delay the removal of the temporary River Witham haul bridge due to nesting swallows taking up residence on it.

“We expect them to move on in the coming months, at which point we will continue removing the bridge.

“The Sustrans cycle route through Washingborough is now re-opened however, we’ll need to close it again once we re-commence works.

“Most importantly, I want to assure everyone that this won’t have any effect on us opening the road by the end of this year.”

Once completed, the 7.5km single carriageway road will link the A158 Wragby Road roundabout to the A15 at Bracebridge Heath.

Congestion is expected to be cut dramatically following the introduction of four new bridges and four roundabouts.

The project is set to be completed this autumn.