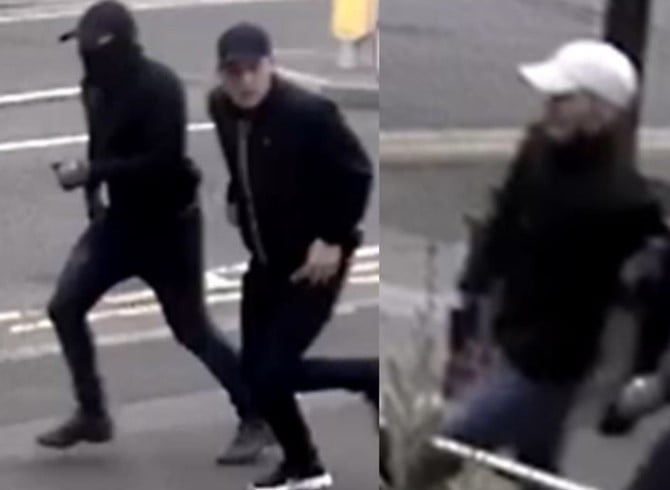 Police investigating a burglary in Watford have released images of three men they want to identify as part of their enquiries.
It happened in Garston Lane at 4.45pm on Tuesday, June 30.
The property was entered by smashing glass in an exterior door, before the offenders were disturbed by the occupant who was upstairs.
On hearing the occupant, they left the address and got into a waiting car – a black Alfa Romeo coupe – before driving off in the direction of The Gossamers.
Nothing was taken from the property.
Detective Constable Lewis Mortimer, from the Watford Local Crime Unit, said: “We have conducted extensive enquiries into this offence and we are now appealing to the public by releasing these still images.
“We would like to identify the people pictured because we believe they have vital information that could assist our investigation. If you know them, please get in touch.”
You can email DC Mortimer at [email protected] or report information by:
• Filling out an online reporting form at herts.police.uk/report
• Speaking to an operator in the Force Communications Room via online web chat at herts.police.uk/contact
• Calling the non-emergency telephone number 101 (in an emergency, always dial 999).
• Contacting Crimestoppers anonymously on 0800 555 111 or visiting crimestoppers-uk.org
You can use Watford Police’s community voice platform ‘echo’ to let the Force know what you think it should be prioritising in your area. Your feedback will help towards shaping Hertfordshire Constabulary’s local policing priorities, initiatives and campaigns. Visit http://orlo.uk/JY6RZ and tell them your thoughts.