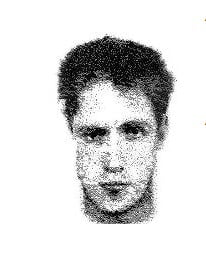 A man indecently exposed himself to a woman who was taking a walk along a cycle path with two young children in Swindon.

Police have now released an e-fit picture of the person they want to speak to (above) and are appealing for residents to contact them if they recognise him.

The victim was with her son and niece when the incident happened shortly before noon on Tuesday, July 21.

She had visited Costa Coffee by Dobbies Garden Centre off Hyde Road, before crossing the road and walking along the cycle path adjacent to Bramwell Close.

She was approached by a man who exposed himself and made offensive comments before pulling up his shorts and walking away along the cycle path towards Penhill.

The woman was able to usher the children away while obstructing their view, but was left highly upset by the experience.

He is described as being a white man in his 20s and more than 6ft tall. He had brown bushy hair and was wearing square-framed glasses. He was wearing a blue short-sleeved polo top with a white collar and knee-length green/brown khaki shorts.

A Wiltshire Police spokesman said: “This was clearly a distressing incident and we are appealing for the public’s help in helping identify the man responsible. Although the offence took place some weeks ago, it is possible that this picture may jog someone’s memory. We are keen to hear from anyone who can help.”

Anyone able to help should call Wiltshire Police on 101 quoting crime reference number 54200071773.