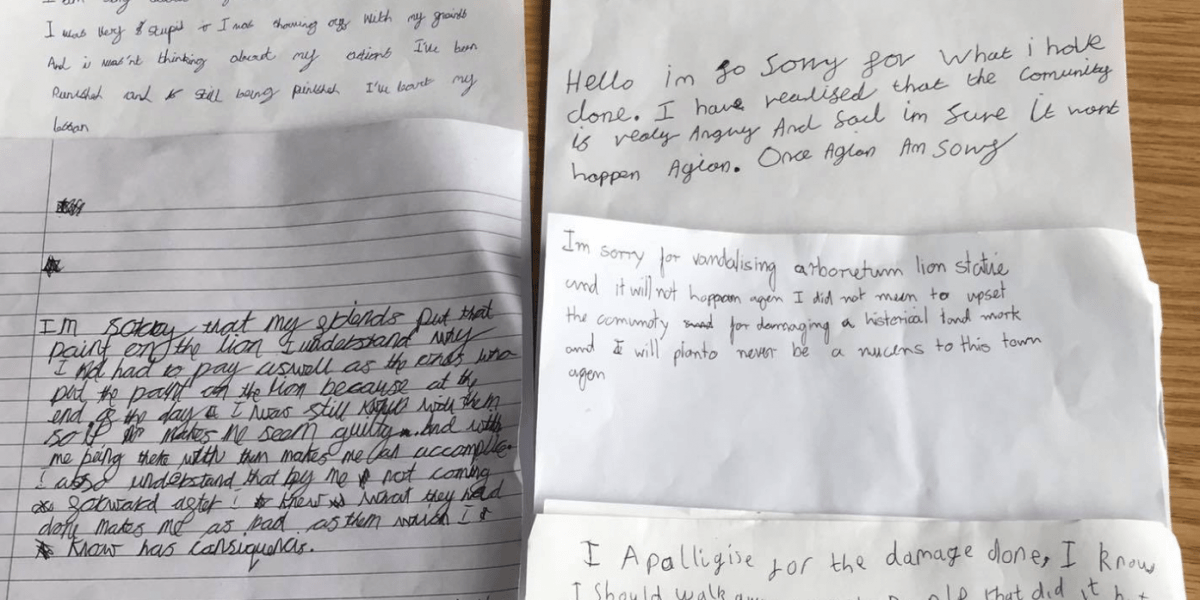 The people found to be responsible for vandalising the lion statue at Lincoln Arboretum last month have written apology letters to the Council and the community.

The incident resulted in white paint, which was abandoned at the scene, being thrown over the Grade II listed statue.

A statement issued on Facebook by City of Lincoln Council at the time said:

“Very disappointing to see that our lion statue at the much-loved Lincoln Arboretum was vandalised overnight.

“The statue will be cleaned over the next few days to bring it back to its former glory.”

“With lockdown and the pandemic, a lot of things youngsters do have closed down.

“I think boredom could be a cause for it, but there is no excuse for it.”

Five young people are alleged to have been involved.

They are being made to pay for the cost of repairing the damage caused by their actions.

“It’s funny how much of a difference an apology makes.

“I was so cross when this happened initially and now I look at those notes and realise that they’re just children who deserve our protection, understanding and education.

“Let’s hope they all draw a line under this and grow up to be decent people.

“Well done lads for admitting this and thank you for your apologies – it means a lot.”