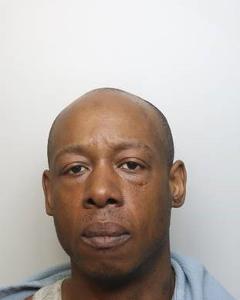 A man has today been jailed for five years following a stabbing outside a flat in Toothill.

On Friday, May 10, 2019 at approximately 4.20pm, Sheldon Thomas (pictured) attacked a man outside of a flat in Oakham Close in Toothill.  As a result of this attack, the victim, a man in his 40s, suffered multiple wounds to his chest, arm and leg.

Despite his injuries, the victim attempted to fight back, but Thomas fled the scene and the victim then managed to stumble to a neighbours for help.  The victim provided a description of Thomas to officers and he was arrested shortly thereafter.

In Court today, Sheldon Thomas, 39, formerly of Rosebry Street, pleaded guilty to wounding with intent and was sentenced to five years in prison.

“We hope today’s sentencing will act as a deterrent to anyone who is determined to bring violence to our streets. This was an unprovoked and violent attack and we are pleased that a custodial sentence has been handed down. This level of public violence will not be tolerated. We will always thoroughly investigate crimes involving knives and deal with robust action.”