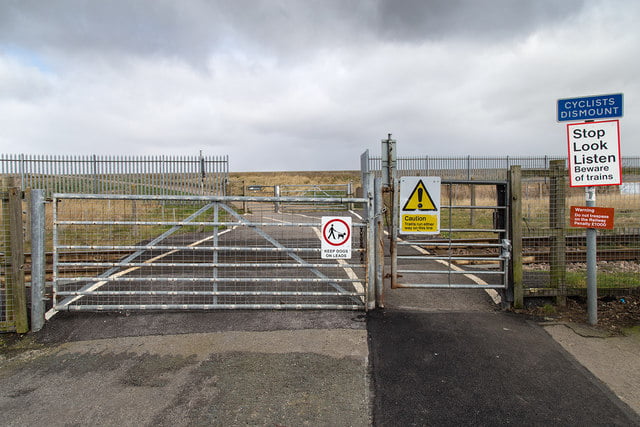 Following a lengthy campaign, the decision has been made to provide a bridge over the crossing at Suggitt’s Lane, Cleethorpes.

During his leadership campaign Prime Minister Boris Johnson said the the crossing is “never far from his thoughts”.

He told the public that if he became Prime Minister, he would ensure the crossing was reopened.

Network Rail closed the level crossing in January 2019 without consulting the local council or residents, citing health and safety issues.

Residents currently have to go over Fuller Street Bridge, which has 77 steps and no disabled access, or travel via a half an hour diversion along Grimsby Road and Issac’s Hill in order to access the sea front.

Now, approval has been granted for a new footbridge over the railway line at Suggitt’s Lane.

The PM announced the decision in the House of Commons yesterday when questioned by Cleethorpes MP Martin Vickers.

“My Honourable Friend should know that he is one of the most successful campaigners in this House already this year because the new bridge that he asked for at Suggitt’s Lane crossing is going to be completed between the summer and the autumn of next year.”

“This is fantastic news that will be well received by my constituents in Cleethorpes, particularly in the streets surrounding Suggitt’s Lane and Fuller Street.

“I was dismayed when Network Rail unilaterally decided to close the level crossing in January 2019 and was disappointed to discover the lack of powers to force them to think again.

“Boris Johnson committed to reach a solution and he certainly has not disappointed.”

The new bridge, which is expected to cost £1.4m, will built within a year, ending the ongoing uncertainty.

A public consultation is scheduled to take place in the coming summer.

“We appreciate the patience which the community has shown since Suggitt’s Lane Level Crossing closed in April 2019.

“We are continuing to work closely with North East Lincolnshire Council to refine options for providing an alternative access over the railway at Suggitt’s Lane, and this work has moved forward over the summer.

“Further engagement will be taking place with the council during the autumn. We will then be looking to provide a more substantive update to the local community so that they can share their views on any proposal which is put forward.”