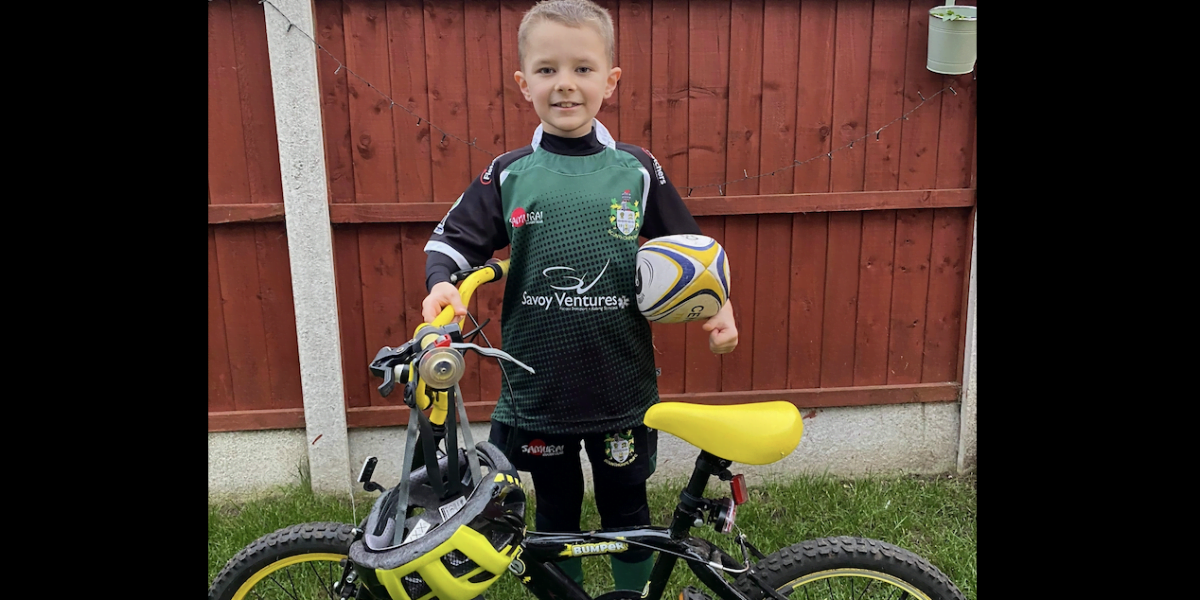 Players and supporters aged 2 to 81 have so far raised £5,680 for their club by racing the distance to the North Pole and back to Scunthorpe before Christmas Eve.

Scunthorpe RUFC’s Mini and Junior teams, Ladies and Girls, senior section and supporters braved the festive challenge to raise money to save their club.

Money is still pouring in, and it’s hoped a crowdfunder in support of the challenge will top £7,000.

Running costs at the club are £4,000 a month and due to Covid-19 restrictions and lockdowns, the club has seen revenue drop.

The club usually hosts functions all year round, including the annual Bonfire Night display, but unable to do so this year, it now needs to raise money to cover its losses.

The challenge was also set to keep club members active and look after their mental wellbeing during the November lockdown and the following Tier 3 restrictions.

The under-11s completed the challenge in the quickest time.

Participants were split into teams with everyone’s miles adding to their team total.

The teams boasted festive names such as Deck the Mauls and Chairman Tone’s Tinsel Trotters.

Eight-year-old Caleb Horton Scunthorpe, who plays for the U8s, inspired many to take part.

He had started his own challenge to raise money.

Dressed in his club strip he set out to cycle the distance between Scunthorpe RUFC and Twickenham — a total of 195 miles.

When the North Pole challenge began the plucky youngster was snapped up by a team, with his miles to Twickenham and back included in his team’s total.

The oldest participant was 81-year-old Keith Robinson, legend at the club, he has held many positions over the years, including Club Secretary.

He racked up the miles with his daily walks.

“I’m very proud of the efforts of the whole club in getting behind this”.

“Senior committee, senior players and minis and juniors came together, and grabbed the spirit of the challenge by both hands. Who doesn’t want to meet the big guy? (not me, Santa)”.

“When I heard about what young Caleb was doing it spurred me on and I went out for a five-mile jog — not something I’ve ever done in this time of year”.

“He is one amazing and inspiring young man”.

Picture: Caleb Horton, 8, from Scunthorpe who inspired many at Scunthorpe Rugby Club to take part in the North Pole Challenge.