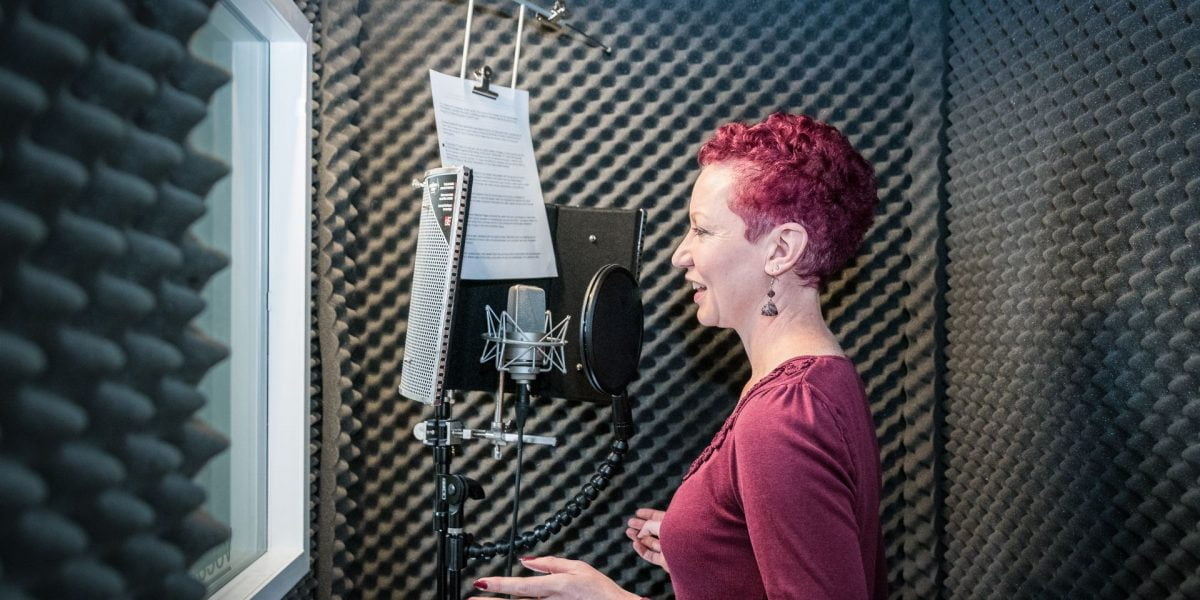 Local entrepreneur recognised for making a powerful contribution to society, the economy and communities

Liz Drury from Ulceby has been named as one of the UK’s most 100 inspirational female entrepreneurs by Small Business Britain’s f:Entrepreneur ‘#ialso100’ campaign.

Liz who founded Liz Drury Voiceovers in 2013 is being showcased alongside 100 female entrepreneurs from across the UK, as part of the campaign’s recognition of the multi-achievements of women that have proved critical to society during the COVID-19 pandemic.

Now in its fourth year, f:Entrepreneur was launched in 2017  to highlight amazing female role models to help and inspire all small businesses, through content, stories and events. It particularly aims to showcase trailblazing female entrepreneurs that lead small businesses alongside a roster of other responsibilities, such as volunteering, mentoring and community support, activities

Indeed, Liz was also called out for her work to help other voiceover artists learn about business networking. During lockdown she developed an online course on the subject, and moved her regular social events for people in the audio industry to zoom. As secretary of the South Bank Players in Barton she has been organizing online play readings and arranging remote recordings of radio plays, to keep the group going when they can’t meet. She has also registered as an NHS responder – collecting prescriptions and shopping for those self-isolating.

From beekeepers to PPE, tech entrepreneurs to pole-dance-enthusiasts, this year’s campaign celebrates inspiring and resilient female entrepreneurs that have flourished despite Covid-19, with many still growing or starting new ventures.

On being listed in the #ialso100, Liz said: “I feel honoured to be listed among some trully inspirational women. I have always been involved in extra-curricular and voluntary activities from a young age, and I thoroughly enjoy all the different roles I play and the different hats I wear!”

“Congratulations to all the inspiring women chosen to join this year’s #ialso100,” said Michelle Ovens. “Despite the significant obstacles thrown at them in the last year, female entrepreneurship continues to grow and flourish. We need to continue, and increase, our support for these incredible women and celebrate their amazing strength and success in the face of huge challenges.”

“We have seen so many women embracing change, generating and exploring new ideas, rallying around their communities and supporting their peers. This resilience is hugely valuable and will set them up for success as they will be at the very heart of the UK’s recovery.”

To see the full list of the 100 amazing women featured in this year’s f:entrepreneur #ialso100 campaign  visit https://f-entrepreneur.com/fentrepreneur-100/