Primary schools could be the first to reopen

Ministers are considering a 'phased return' for schools

Primary schools could be the first to reopen

Ministers are considering a ‘phased return’ of pupils to return to school which would see primary schools and key exam years going back first. 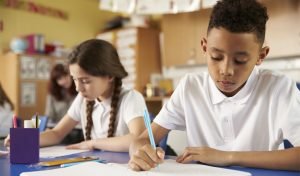 Department of Education insiders have revealed potential plans, insisting schools will be ‘the first’ thing to reopen as the third national lockdown is eased.

Education leaders warned reopening schools even after the Easter holidays would be ‘optimistic’ and could possibly be extended if infection rate does not decrease.

Schools in areas of the country with lower infection rates may also reopen before other places which are still considered coronavirus hotspots.

The Prime Minister’s spokesperson said: “His priority was to get schools open as soon as possible.”

“ Whether or not that was possible after the February half-term would depend on a number of factors such as infection rate.”

Ministers are suggesting primary schools could reopen first due to remote learning being much more difficult for younger years.

They have said much of their development relies on interaction with other pupils as well as teachers being able to explain all study in interactive ways.

Health professionals have also said the risk of children becoming seriously ill due to coronavirus is very low unless they are classed as vulnerable due to other health issues.

Children who are in Year 10, Year 11 and Year 12 may also be able to return back to school at the same time as primary pupils due to needing extra support for their exams.

Hundreds of thousands of Year 11 pupils across the UK at his secondary school missed five weeks of teaching in the first term in autumn because of successive outbreaks.

Under the current restrictions children of key workers and vulnerable pupils are still allowed to attend school, while all other pupils are now learning remotely.