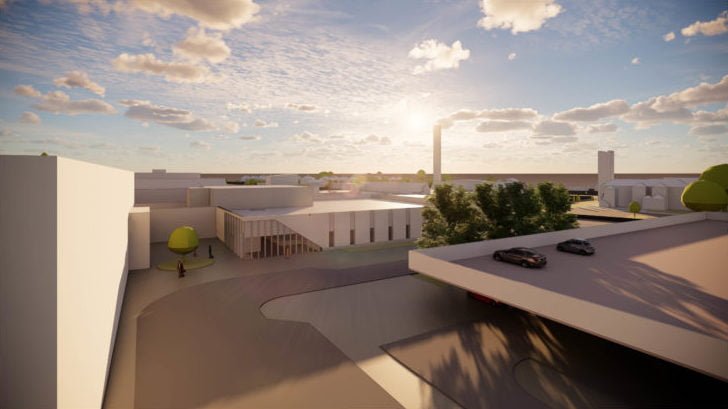 Work is scheduled to begin on a new A&E department at Diana Princess of Wales Hospital in Grimsby, Northern Lincolnshire and Goole NHS Foundation Trust have announced.

A new entrance and ambulance access will also be created as part of the development.

The programme of works which will see part of the main hospital car park close is due to start at the end of March.

A spokesperson for the trust said:

“Alternative provision is being made in other areas of the site and diversions will be clearly signposted.

“However, there will be fewer spaces available during the construction phase and we are encouraging all those who are able to make alternative transport arrangements to do so.

“We appreciate that this will not be possible for some patients and we would ask that those who are able to use public transport or get dropped off give priority to those who don’t have this option available.”

This new facility will mean patients can be seen more quickly by specialists in a range of conditions and illnesses, without the need to admit them to a ward.

“This is an exciting development for all of us here at the Diana, Princess of Wales Hospital and fantastic news for patients.

“Along with the development works being carried out on our A&E Department at Scunthorpe General Hospital, this represents a significant investment for the Northern Lincolnshire and Goole NHS Foundation Trust (NLaG).

“The new department will ensure that we are able to offer the highest levels of patient care and service both now and in the future.

“Patients will be able to begin their care and treatment more quickly, in an environment which meets the needs of both them and our clinical teams.”

As part of this multi-million pound project, new A&E department will also be built at Scunthorpe General Hospital.