Are virtual meetings set to stay?

Are virtual meetings a new norm?

Whether you use Zoom, Teams or anything in between, like them or loath them – they could be here to stay for keeps.

As the pandemic continues, virtual meetings are replacing traditional meetings that required travel, thus dramatically reducing the carbon footprint of these meetings.

The business benefits of virtual meetings are numerous – not only can they be much more efficient, saving your company valuable time and resources, but they often incorporate advanced communications technology, which has the potential to take the meeting to another, more compelling level. 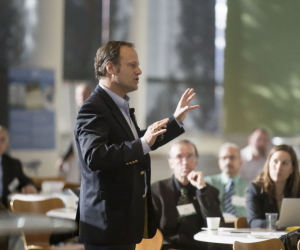 Zoom reported it had a blockbuster quarter as its app became the hottest videoconferencing service of the pandemic.

In an earnings report Zoom reported making £328 million in revenue during its February–April quarter of 2020. That’s up far more than double from the same time last year!

Conferences are worth around £11bn to the UK economy, according to Rachel Parker, director of the Association of Event Venues, a UK industry body. She says ‘between 50 and 90% of staff in the UK organising and venue industry were furloughed, with many starting to see redundancies as UK government support begins to end.’

Conferences are one of the best sectors to reopen as societies continue to tackle Covid-19, Parker argues. ‘We know who is coming to our events,” she says. You may get some walk-ups, but 99.9% of people who come to our conferences are pre-registered. Track and trace is already there.’