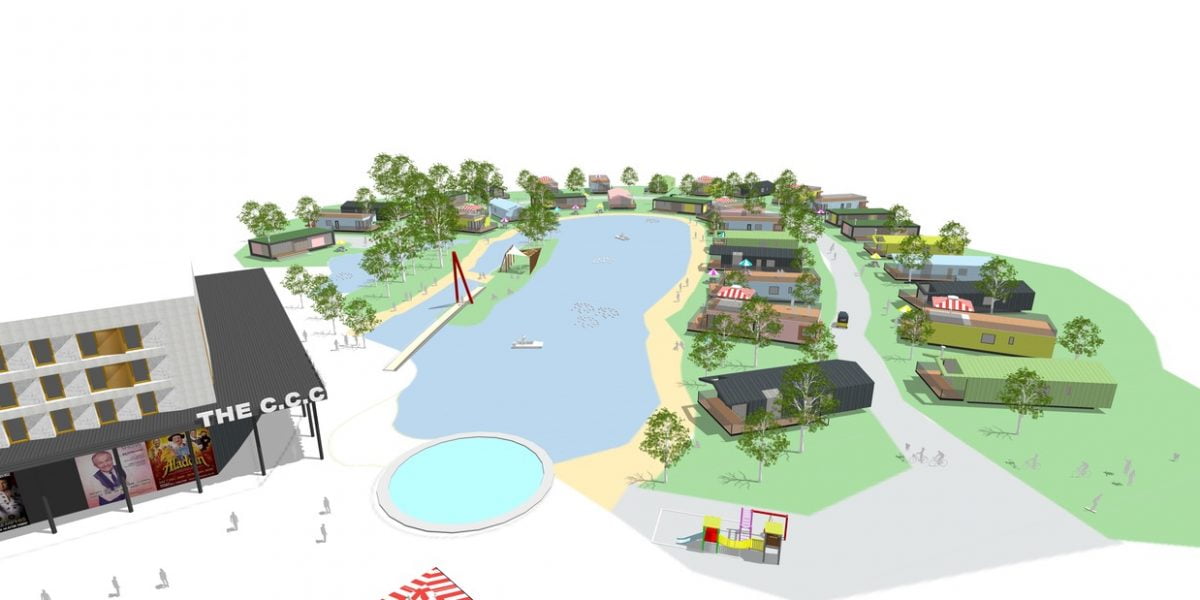 The developers in charge of a new project at the former Pleasure Island site have received a huge boost after being told that their plans do not require an Environmental Impact Assessment.

This comes after locals opposed the new plans, referring to them as an “ecological disaster”.

The application site comprises c. 23.5 ha of land – the entirety of the former Pleasure Island theme park site, as well as some undeveloped land.

It includes plans for 250 holiday lodges, a new hotel, and a number of food, retail and leisure units.

The lake is to be repurposed for “non-motorised water sports.”

The site is not within a ‘sensitive area’, nor does it lie within a Conservation Area.

But, since its closure, the site has become an ‘unofficial’ nature reserve and is home to a number of visiting and native bird species due to its location on an important migration route.

As such, a number of residents feel that the adverse impact on wildlife outweigh the economic benefits of the development.

In an appeal submitted to North East Lincolnshire Council, one resident wrote:

“The whole purpose of the proposed development is to generate human activity, and the inevitable consequence will be eradication of most of the wildlife.”

The council’s planning department have concluded that the development is “unlikely to have significant effects on the environment by virtue of factors such as its nature, size or location.”