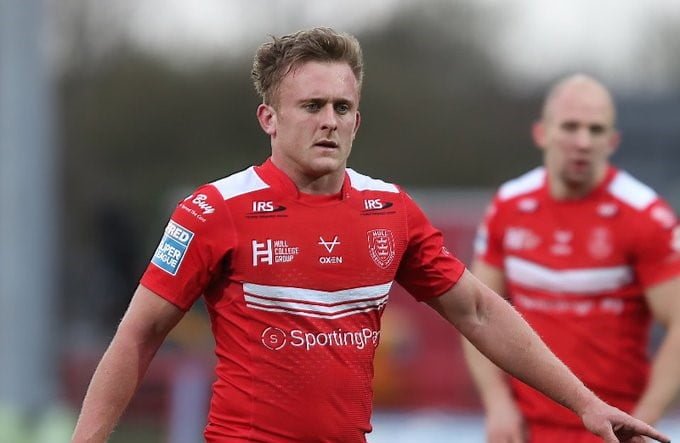 Hull Kingston Rovers Hooker Jez Litten has signed a new deal to remain with the club for an additional four years.
The 23-year-old joined from cross-city rivals Hull FC in 2019 on loan. The loan became permanent in 2020, with Litten being signed until the end of 2022 – this has now been extended to the end of 2025.
“I think it shows what sort of ambition we’ve got and what we’re trying to build here, with young guys that are talented and our desire to secure them. There will be other announcements in future as well, but Jez is someone that we feel that we can build a team around,” said Head Coach Tony Smith.
“Mikey (Lewis) is already on contract for a few years here as well. They’re a couple of local lads that want to wear the badge, and we want to build a team around this young talent.

“I think it shows what direction we want to head in. We’d like to put emphasis on our young guys going forwards,  if we can get a number of them to come through together then we can start to build a team for the coming years. That’s what we’re trying to build here, not something temporary, something more permanent.

“Aside from his playing talent, him as a person. He’s a terrific young man and he was probably a lot shyer when he first came, he still is a quiet sort of person that does most of his talking on the field.

“He speaks up when he needs to in meetings and gives great advice and asks great questions. He’s a very humble young man who’s got a lot of super attributes that he’s always trying to improve as well. He’s humble enough to know what he knows he needs to improve on, and he’s working really hard on that.

“I love his attitude. There’s a number of areas he’s had to improve, and one was his fitness when he came in, and he’s done that. The other was his defence, his defence wasn’t great when he got here, he could run the ball and attack, but he’s pretty damn solid in defence now. He’s still got some room to improve there but he’s risen to the challenges that we have presented to him.”

“To build a successful sporting culture involves many components, it’s a building process and one that we have a clear strategy to develop.

“The long-term commitment to Jez not only recognises his abilities and potential as a player but also his qualities as a young man.

“We are very pleased Jez has committed his future to Hull KR through to the end of 2025.”

Jez Litten has made two appearances in Super League so far this season.