Police send driver to the cells following collision in Doncaster 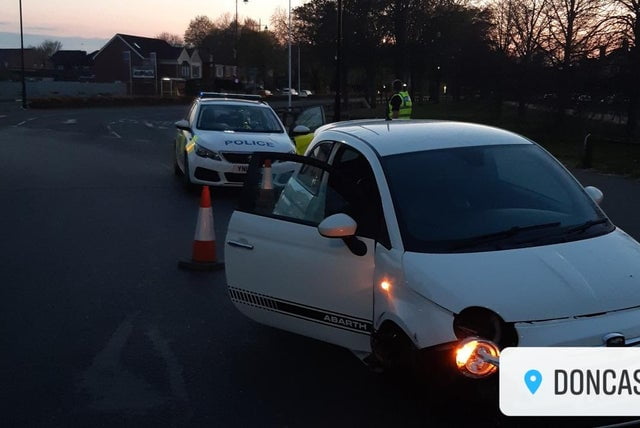 Police send driver to the cells following collision in Doncaster

South Yorkshire Police officers in Doncaster have arrested someone who was caught driving under the influence.

A driver failed a roadside breath test after a road traffic collision with a roundabout on Wednesday 28 April.

In a social media post, a spokesperson for South Yorkshire Police, said:

“Only one winner in the car versus roundabout RTC.

“Driver on the way to cells having failed a roadside breath test.”

Just a few days earlier, a police chase resulted in another driver being arrested.

The vehicle was stopped and seized on Broadway in Dunscroft. The driver was found to be carrying a knife.

“After a foot chase, the driver was arrested for various offences including possession of a bladed article.”

Anyone with further information about either incident can contact South Yorkshire Police on 101.