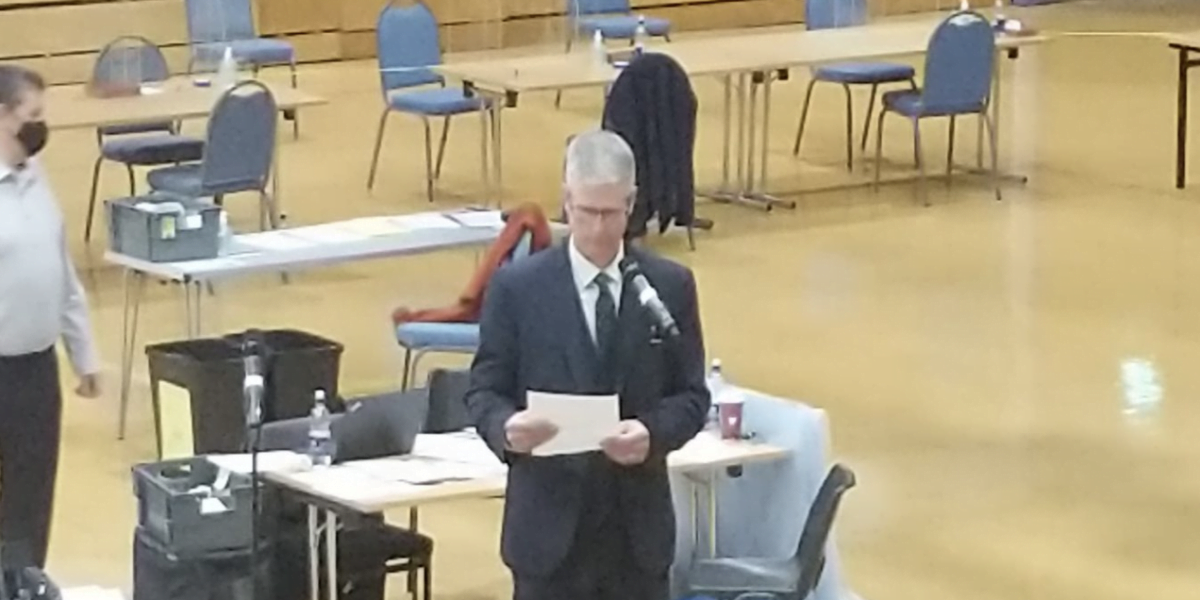 The results of this year’s North East Lincolnshire Council election have been counted and announced at Grimsby Auditorium.

The verification process began at around 9am this morning.

The live results are as follows:

Counting will resume at 3pm.

This year, the election was held for one Councillor in North East Lincolnshire Council for the Croft Baker, Freshney, Haverstoe, Heneage, Humberston and New Waltham, Immingham, Park, Sidney Sussex, South, and Yarborough wards.

The Scartho and East Marsh wards will each have two councillors elected.

There were no NELC elections in the Waltham, West Marsh and Wolds Wards.

The turnout of the Ward Councillor elections in North East Lincolnshire is 24.9%.

This figure includes 15,429 voters who have chosen to vote by post, and 83,802 eligible to vote at polling stations.

The results of the Humberside Police and Crime Commissioner election will be counted tomorrow, Saturday 8 May.