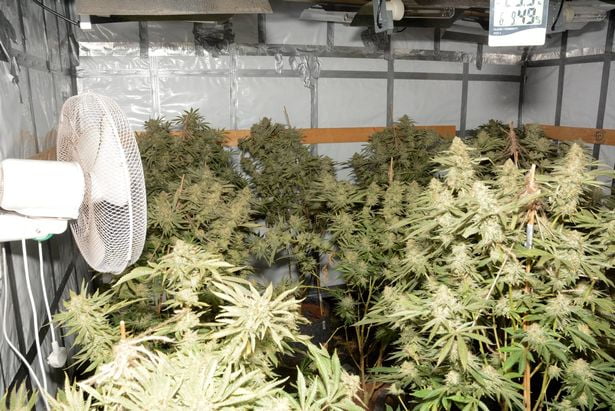 Humberside Police have issued a statement to alert people on how they can spot a cannabis factory on the street they live.

The force have run a dedicated operation across Grimsby for 18 months which aims to shut down these factories and take “organised criminals and drugs” off the streets.

Six men have been charged and remanded as being involved in the production of cannabis after warrants and intelligence-led busts have been carried out on Farebrother Street, Hainton Avenue, Sutcliffe Avenue, Weelsby Street and Wellington Street.

According to a statement from Humberside Police, detectives investigating the crime scenes have “spotted a new pattern emerging that communities need to be aware of”.

Detective Inspector Tom Kelly said: “Whilst investigating these cannabis grows, we have noticed that electricity is often now being directly abstracted from the road.

“What this means is that those running the factories are digging up the roads, posing as legitimate workers, and then refilling the roads back in as if nothing has been done, once they have managed to tap into the power supply.

“Not only is the abstraction of electricity in this way incredibly dangerous for those living on the street, often these criminals are exploiting vulnerable people through modern day slavery to complete the work for them, which we won’t accept.

“I am appealing to you to get in touch with us at the earliest opportunity if you suspect this activity is taking place.

“The signs to look out for are: unmarked vans with those completing the work also wearing unbranded protective wear such as hi-vis jackets and hard hats. They may ask you to move your vehicle, or they might work extremely close to your car in order not to raise a direct concern and then you may see late night activity at an address with items being removed.

“The work will involve digging a hole and very quickly re-covering it as though nothing has happened.

“Legitimate workers should be able to provide valid ID when asked and you can check planned works in your area by calling the Northern Power Grid for the Humberside area or if you are not sure which provider you need call 105 who will get you to the right company.

“If the workers have no ID and there are no planned works in your area, it is likely that this work is that of organised drug gangs.

“The best way to report activity that you feel is suspicious is by calling our non-emergency number 101, or if you wish to remain anonymous, Crimestoppers on 0800 555 111.

“This way, our teams can go and investigate to establish whether the work is legitimate or part of criminal operation. Ultimately, your information could help us to take more criminals and drugs off the streets and protect more victims of modern day slavery and exploitation.”