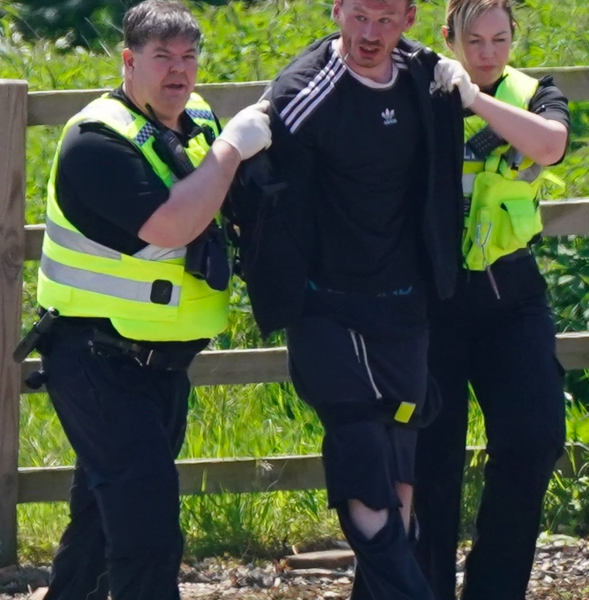 The off-duty police officer who attempted to apprehend double murder suspect Daniel Boulton, 29, in Hubbard’s Hills yesterday – receiving minor stab wounds in the process – has been praised for his bravery.

Following the murder of 26-year-old Bethany Vincent and her 9-year-old son at their home in Louth, a manhunt was launched in a bid to locate Daniel Boulton in connection with the tragic incident.

He was spotted at Hubbard’s Hills yesterday by the off-duty police officer, after which Boulton stabbed him.

Thankfully, the officer’s injuries are thought to be minor.

He said: “This was an incredibly difficult job to respond to. Officers were met with a devastating scene.

“Our enquiries quickly identified a suspect who we publicly named as Daniel Boulton.

“A huge amount of work went on frankly because we considered there was a really significant risk to the public and we had to locate the suspect as soon as we could.

“One of our off-duty officers identified Daniel Boulton and was stabbed in the process. Thankfully the injuries appear minor at this stage.

“It shows an off-duty officer who was prepared to put themselves in harms way to apprehend the suspect and protect the public.”

He went on to say that ‘helicopters, drones, dogs and firearms officers’ were all included in the search for Boulton yesterday, which went on for 12 hours.

He said that Daniel Boulton ‘didn’t come willingly’ and was found to be in possession of knives when he was eventually arrested.

“He had to be tasered in order to make the arrest,” he said.

Our thoughts and condolences go out to all those who knew the victims.