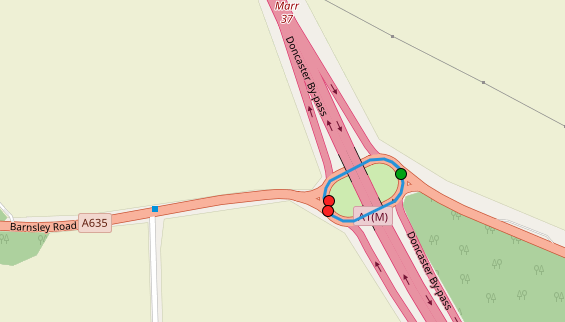 Contractors for Doncaster Council have begun a programme of works which will see a major roundabout and the surrounding roads closed for eight consecutive nights.

The area will remain closed between 8pm and 6am until Sunday 13 June.

A spokesperson for the council said:

“To minimise disruption the excavation and carriageway resurfacing will take place at night.

“The roundabout will re-open as normal at 6am each morning.

“Advance signage will advise motorists of the works and we apologise for any inconvenience.”

The roundabout and its A1M slip roads will be closed in two halves (north and south) with temporary traffic signals directing traffic through the open half each night.

A reduced speed limit of 30mph will be in operation during this time.