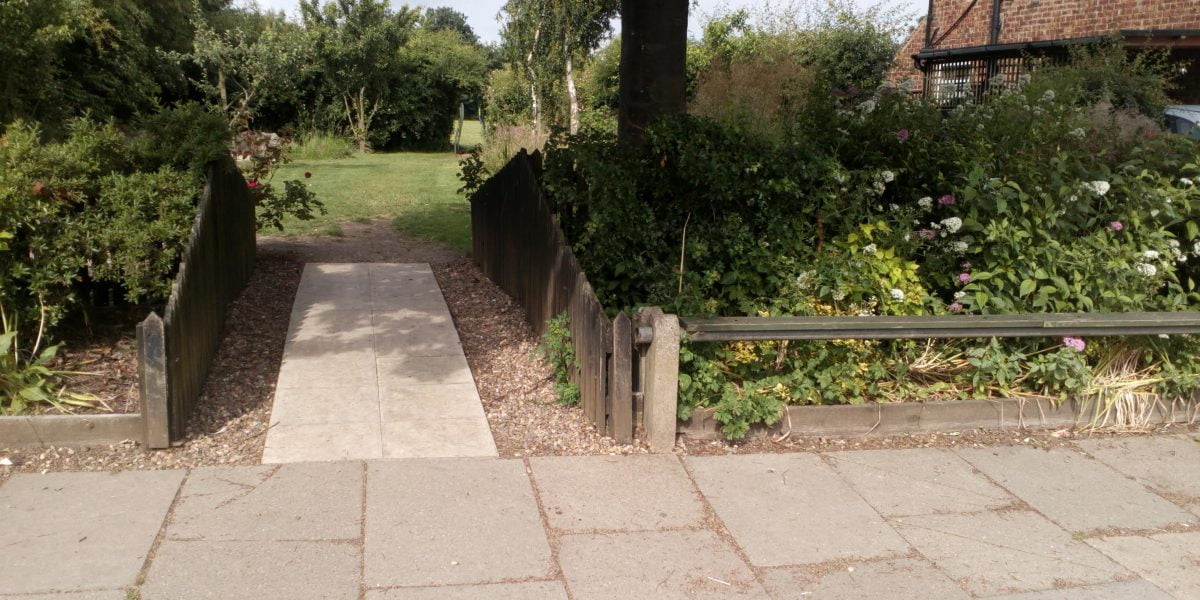 The people behind the development of the Chelmsford Community Garden are encouraging local residents, groups, and schools to offer their support with the project.

The community garden was first opened in 2006 by the Chelmsford Avenue Neighbourhood Watch and was looked after ‘almost single-handedly’ by local residents Trevor and Carol Harrison until last year.

This was until the Next Gen – NEL group jumped on board to help, following reports of vandalism and anti-social behaviour within the garden.

The Next Gen project was established by the Enough is Enough Action Group for primary school children from the West Marsh who want to ‘grow up in a much cleaner, safer environment’.

Daniel Westcott from the Enough is Enough group told Gi Media how funding has been secured for an anti-motorcycle barrier in the community garden, which was installed free of charge by Dave Spencer from Doing R Bit.

He also spoke about the group’s aims for the future, including transforming the playing field to the rear of the community garden, for which a lottery bid is currently being drafted to acquire funding for.

“We would then hope to secure funding to transform the field, featuring memorial trees, an allotment, bumble-bee hotels, wild meadow, new play area and even a pavilion for teenagers and Franklin College students to use, look after and be proud of,” he said.

He added: “The whole project will require the surrounding community’s involvement and we would like to encourage local residents, groups, and schools to support us and offer suggestions of their own.”

Trevor Harrison, 73, has dedicated himself to looking after the garden alongside his wife, Carol, for 15 years.

Other locals who have put time and effort into the upkeep of the garden include Vic Wall, Mike and June Booth, Carol Wilson and Steve Goodman.

He is now looking for local volunteers to help out with the scheme, and for someone to eventually take over the garden, which won an Outstanding award from the Royal Horticultural Society in 2019.

He said: “The community are part of volunteers, but some have passed away and some have moved away. We’re struggling to get people moving into the area. We’re always looking for volunteers to put an hour in.

“It’s gratifying to visit the community garden when you’re feeling a bit down. A lady in a wheelchair comes down with her husband, they sit there comfortably and they have a drink and a sandwich and they can relax, and it’s a real treat to listen to people say how much they enjoy the area.

When asked how he would feel if more people were to jump on board, Trevor said: “It would be immense. We’ve got 16 flower baskets on the lampposts and we have three-tier planters and flower boxes.

“We have to plant them, water them and look after them. It takes me three or four hours to water them – a few members of the public in the area have stepped forward and said ‘I’ll water those for you’. It’s only a small job for them, but a huge job for me.

“It’s very rewarding to be involved in it. I just wish people would come and give it a go and they would find it very rewarding, too.

“Ideally, we’d like it to be successful enough to hand it over to someone of a younger age. I’ve just turned 73, and anything could happen. I’m starting to get run-down and i want to pass it on to someone young enough

“All the hard work has been done, it’s just a case of trimming, digging out plants, watering, designing and developing new ideas.

“I’d like someone to take it over so it’s in safe hands again.”

You can find the Enough is Enough Action group on Facebook here.

If you’d like to get involved in the maintenance of the community garden, you can email Trevor to express your interest on [email protected].