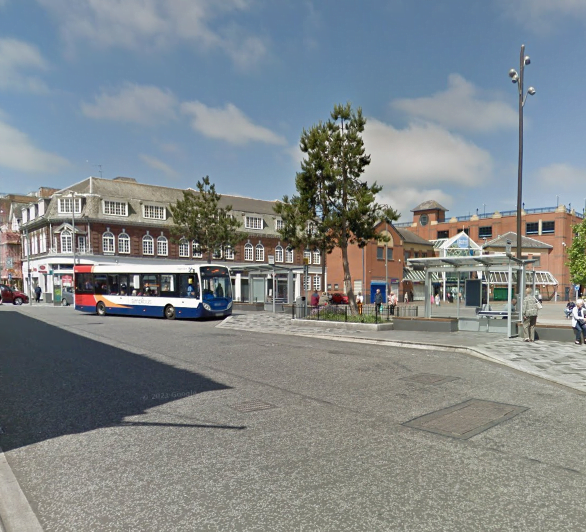 Two men have appeared in court and fined with breaching a Public Space Protection Order at the Riverhead in Grimsby town centre.

This comes after many public complaints of anti-social behaviour at the bus stops in Riverhead have been made to Humberside Police and North East Lincolnshire Council.

At the end of January last year, 39-year-old Lee Jennings of Tivoli Gardens was approached by police when the group he was in were swearing and being loud.

According to NELC, Jennings behaved in a threatening manner, raised his middle finger and was verbally abusive towards officers when they ordered the group to leave the location.

The group, along with Jennings, left the area for a short time, but returned to the bus stop five minutes later.

After police issued another warning, the rest of the group left, but Jennings remained.

When the PCSO told Jennings he would be issued with a £100 fine, he became aggressive and swore at the officer, after which he requested back-up.

On 7 May 2021, he appeared at Grimsby Magistrates’ Court where he pleaded guilty to breaching a Public Space Protection Order, and was subsequently fined £66 and a victim surcharge of £34.

Jennings had initially been given the opportunity to pay a fixed penalty notice in the sum of £100 but no payment was received and so court action was taken.

In a separate incident in January last year, James Baker, 27, of Eleanor Street, also breached a PSPO in the Riverhead area.

A woman witnessed very loud and offensive music being played while out with her young children.

Police attended the scene and observed the defendant pushing a tower-like speaker on wheels which was playing loud music that included offensive lyrics. The officer approached Baker and issued him with a verbal warning to stop the nuisance caused by the loud and offensive music.

Baker continued to play the music further down in Victoria Street, about 100 metres away from the initial location.

Following the incident, a member of the council’s anti-social behaviour team completed a PSPO fixed penalty notice which was issued on 16 January 2020. No payment was made by Baker.

The case was proven in his absence on 14 May 2021 at Grimsby Magistrates’ Court. He was fined £440 and ordered to pay a victim surcharge of £44 and costs of £150. He was ordered to make full payment within 28 days.