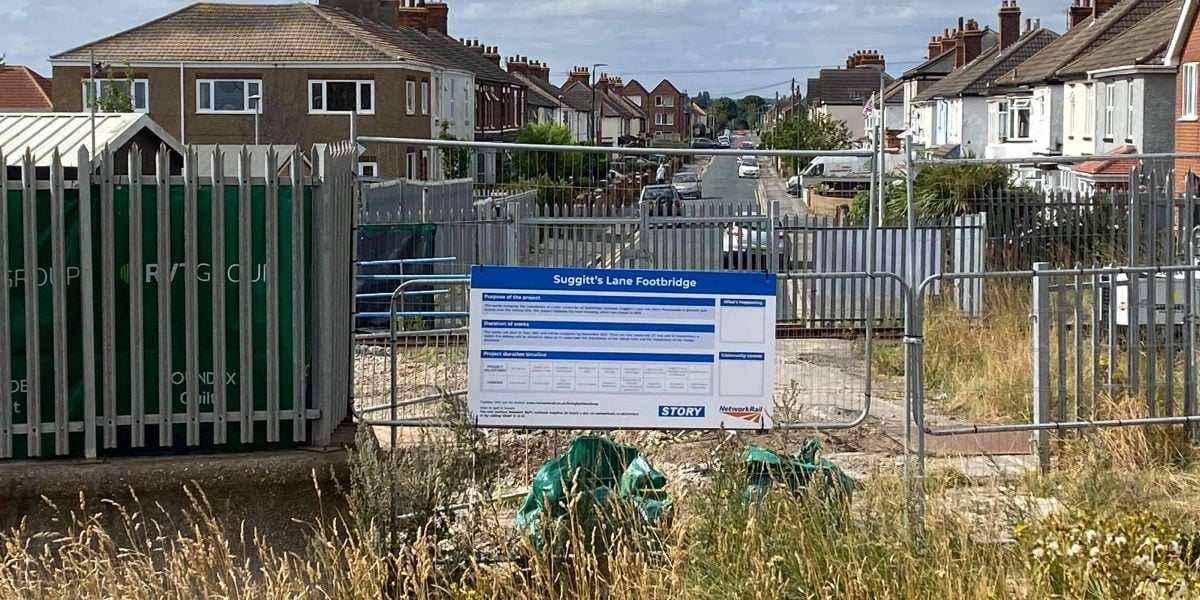 Pictures have emerged to suggest that work has begun on the new footbridge over the Suggitt’s Lane crossing in Cleeethorpes.

Plans were approved by North East Lincolnshire Council in March to build the new bridge, which will provide alternative access over the railway for both residents and visitors in Cleethorpes.

Due to the “unique circumstances” at Suggitt’s Lane, funding was provided by Network Rail and the Department for Transport to build the bridge.

Councillor Stewart Swinburn, Portfolio Holder for Environment and Transport at North East Lincolnshire Council said in March: “I’d like to thank Network Rail and the Department for Transport for listening to local people’s views on how important this access was for them.

“I know a lot of hard work has gone into the proposals so far from everyone involved and I’m delighted this has now been approved. I’ll be watching the project with keen interest and I look forward to hopefully seeing the residents’ access across the railway restored soon.

“It’s what people have been asking for and now we can let people know about the plans and hopefully move things forward to a successful conclusion.”

Matt Rice, Route Director for Network Rail’s North and East route, also commented at the time: “We are delighted that the plans for an accessible footbridge at Suggitt’s Lane have been approved.

“We know how important access over the railway is for people in Cleethorpes and we appreciate their continued patience whilst we’ve worked with the Council to find the best option.

“I look forward to hearing local feedback on the plans. Depending on the feedback we get during the engagement and subsequent planning process, we’ll look to carry out work to install the footbridge as soon as we can. This will once again connect people in the town to the seafront.”