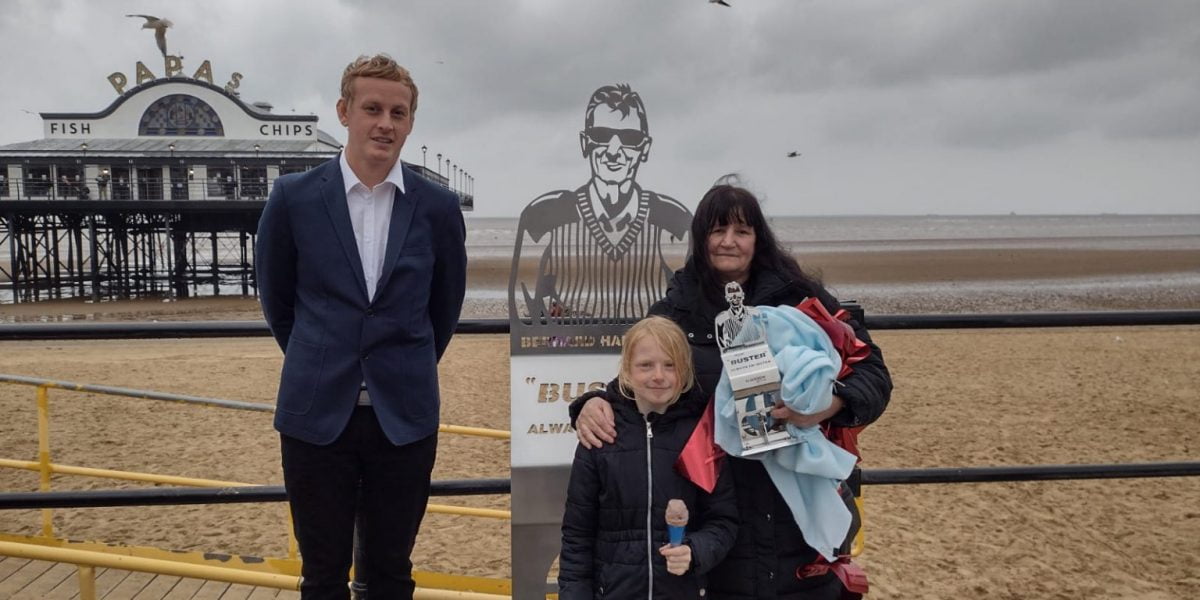 For decades, Buster had been a popular figure along the Cleethorpes sea front known by hundreds of local people and businesses in the resort as the forefront of the Beach Safety team.

After his death last year a crowdfunding page was launched by his colleagues at the council to raise funds for a permanent memorial to the popular man.

The appeal raised enough to commission local company Blackrow Engineering to create a silhouette of Buster.

The memorial has been created in the same style as the recycling artworks that are becoming a feature on the proms.

Colleagues from the Council’s Resort Team, said: “Buster was loved and adored by hundreds, if not thousands of people who saw him as the face of Cleethorpes.”

“He had time for everyone and would arrive at work every single day with a huge smile on his face, a skip in his step, telling the same old jokes that still made you laugh on the hundredth time of hearing them.”

Meanwhile, Cllr Callum Procter, Cabinet member for tourism, said: “This is a lovely tribute to a lovely man. He’ll be forever watching over the resort, as he did when he was with us.”

The new silhouette has been installed near the pier.