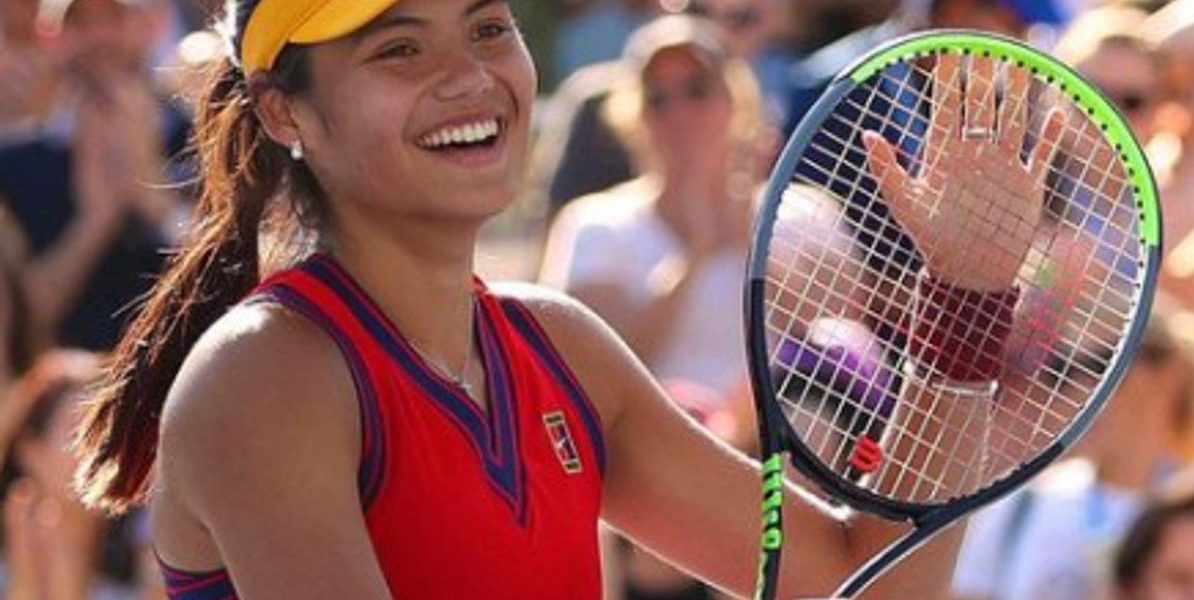 Emma Raducanu has beaten Maria Sakkari in the US Open semi-finals, making her the first woman from Britain (since 1977) and the first ever qualifier to make the Grand Slam final.

The 18-year-old from Kent is currently the World No. 150 and the youngest Grand Slam finalist since Maria Sharapova at SW19 in 2004.

On top of that, she is the first in New York to make the final since Virginia Wade in 1968.

Emma is set to compete against Leylah Fernandez (19) in the tennis final.

The tournament will be a big one as Leylah beat world No. 2 Aryna Sabalenka in the semi-finals.

It will be the eighth time that a Grand Slam final has been between two teenagers, the last time being in the 1999 US Open.

It is an incredible feat that she has achieved this goal without dropping a set in only her second Grand Slam event ever.

Emma is reportedly more excited than nervous about her upcoming tournament.

The crowd were equally as ecstatic at the semi-finals as they witnessed her victory.

She gained a 5-0 lead in the first set alone with her clean precision.

She fought off seven break points, rattling her opponent.

Unfortunately for Sakkari, she couldn’t seem to even get close to winning.

The women’s final will take place on Saturday 11 September.