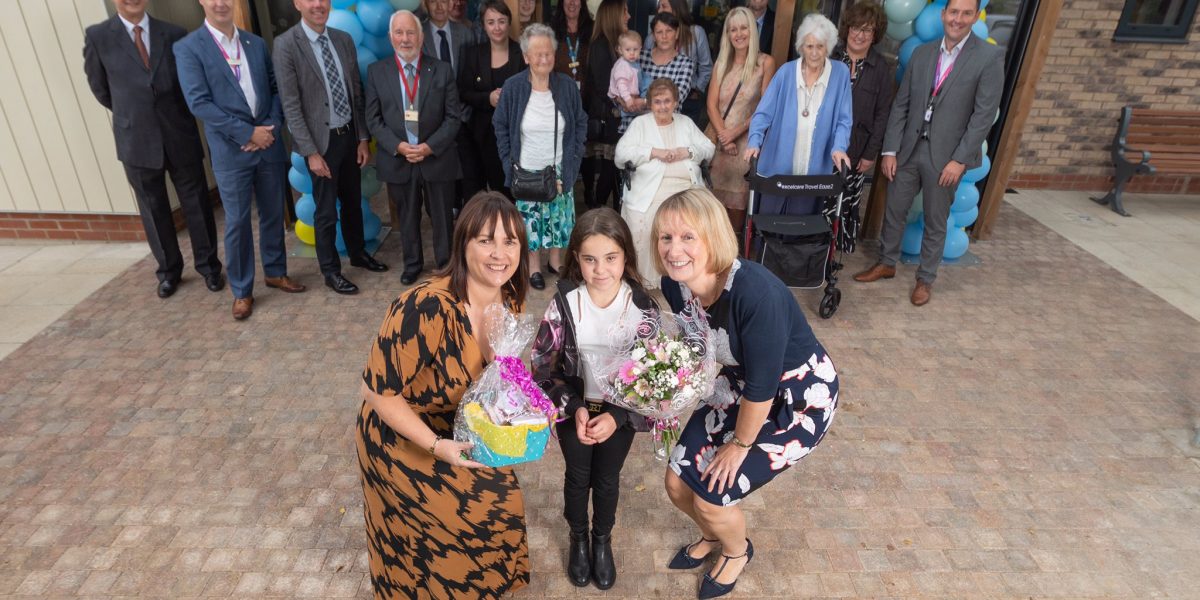 A dementia care scheme has officially opened in Scunthorpe, which will help people that have had a dementia diagnosis.

Myos House is the first of its kind extra care scheme and aims to change lives and bring much-needed support for those living with dementia.

Made up of 25 two-bedroom apartments located on Warwick Road, Scunthorpe, the care scheme has specially designed communal spaces for residents to socialise and relax

The building allows those living with dementia to stay with their families for as long as possible instead of moving into residential care.

A ribbon was cut by nine-year-old Jessie Stocks who won the competition to name the scheme last year, followed by speeches thanking those involved in making it happen.

Steve Hepworth, Chief Executive at Ongo said: “It’s always great to celebrate a new development, but this one, in particular, is so special.

“It’s truly life-changing and I am so humbled to hear from those living here, about how much it means to them.

“Dementia is a progressive disease, and often those living with a diagnosis end up having to move into residential care.

“With Myos House, it has been designed so that can be avoided for as long as possible, and families can stay together.

“Not only will it make a huge difference, but the actual building is also stunning too, with huge open spaces, beautiful landscaped gardens and modern apartments.

“It’s just a fantastic building and I am so proud it is now officially open.”

The number of those living with dementia in the UK is expected to increase to one million by 2025, with the cost expected to double in the next 25 years from £25billion to £55billion by 2040.

More than £3million of funding has been provided by Ongo for this scheme, with an extra £1million from Homes England and approximately £300,000 from North Lincolnshire Council.