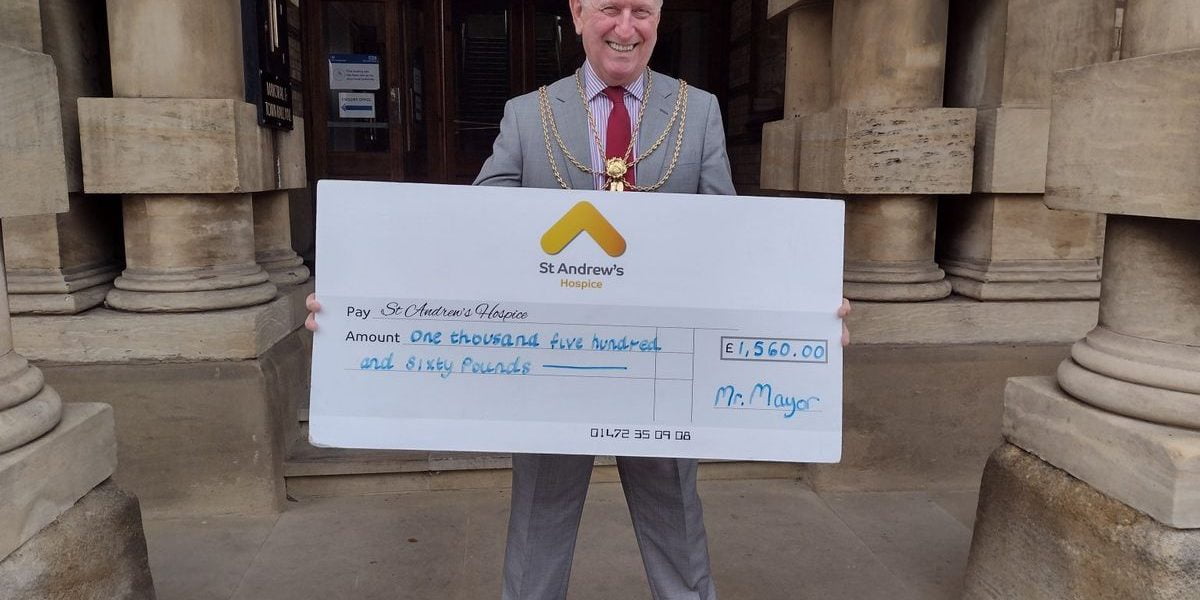 The Mayor for North East Lincolnshire has handed over a £1.5k cheque to St Andrew’s Hospice this week after skydiving 15,000 feet from a plane last summer.

Cllr Hasthorpe said: “It’s a fantastic feeling being able to hand over this money to such a worthy and important charity that helps the lives of so many local people.

“St Andrew’s and Andy’s Hospices do such a wonderful job in looking after our residents in the, sometimes, final days of their lives.

“I truly believe in supporting their ever-increasing costs to give such dignity and care to those that so desperately need it.”

He added: “I would like to take this opportunity to say a huge thank you to everyone who has supported me throughout my skydive journey and for those who made such generous donations and sponsored my jump. You all played a part in helping to raise such vital funds for St Andrew’s Hospice.”

Erica Shek, communications officer at St Andrew’s Hospice, said: “It was fantastic to meet with Cllr David Hasthorpe, the Mayor of North East Lincolnshire again today and to receive the donation that he has collected through his amazing efforts this summer.

“We still don’t quite believe that the Mayor jumped out of a plane in aid of our hospice, but we are incredibly thankful that he did.”