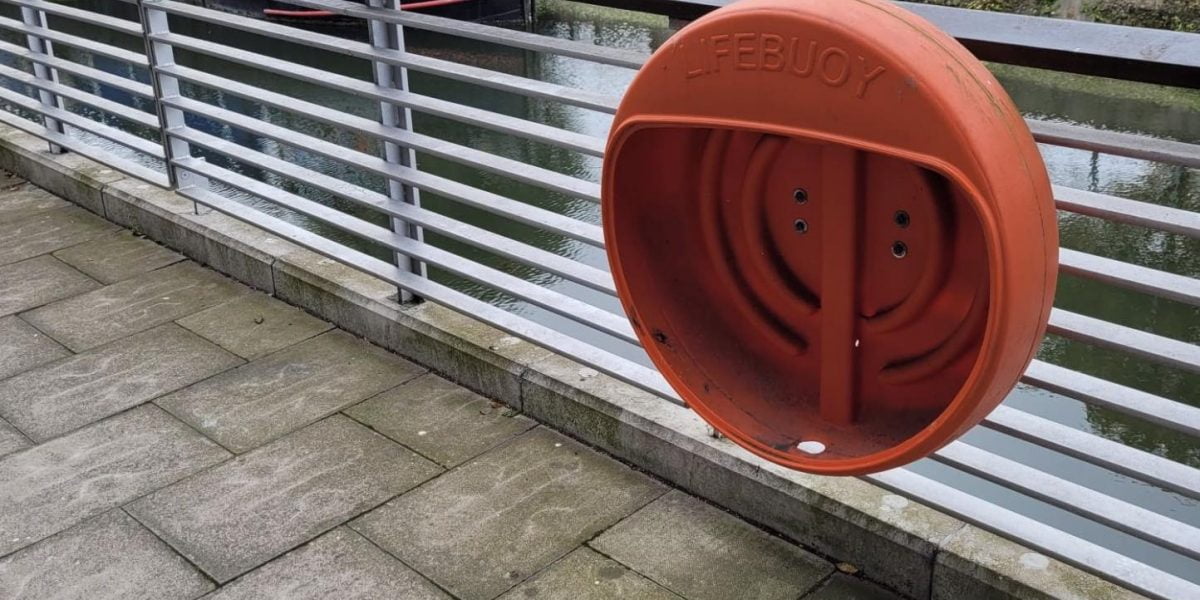 Life-saving water safety equipment is being repeatedly vandalised in Grimsby town centre, putting lives at risk according to local councillors.

Councillor Stewart Swinburn has blasted the ‘mindless idiots’ who have repeatedly stolen, vandalised and displaced the equipment, revealing that the issue is happening almost daily.

The orange life rings, known as life buoys, were installed along the river Freshney at Riverhead Square and on the newly unveiled Garth Lane development.

Since then, vandals have pulled them out of their casings, stolen some, vandalised others and thrown others in the water.

Councillor Stewart Swinburn, portfolio holder for environment, energy and transport, described the latest scene: “On Tuesday our officers inspected the scene following reports, and found that two buoys were missing, two had been vandalised, and another was in the water and had to be retrieved.

“It is becoming a daily occurrence.

“What these mindless idiots don’t understand is that this all costs money, takes up valuable time, and can put lives at risk.

“Those buoys are in place in case someone falls into the water and needs assistance. If the buoys are damaged or missing when they’re needed most, lives could be lost.”

Locals have also taken to social media to express their frustration.

One resident said: “Everything needs to be combination locked these days. Give the code to shops & arcade staff.”

“What is wrong with people? I think the issue is that sadly there is no deterrent,” added another.

According to the Cleethorpes Beach Safety team, who have also had their equipment stolen and vandalised, interfering with life-saving equipment is a criminal offence under the criminal damage act 1971.

North East Lincolnshire Council is currently in the process of installing a £1m upgrade to its CCTV infrastructure, which should ensure those caught tampering with life-saving equipment are caught and prosecuted.