Mariners rue missed chances in another away defeat 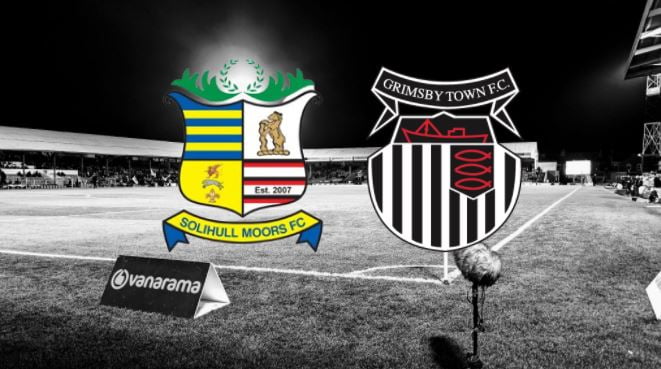 Mariners rue missed chances in another away defeat

Grimsby’s promotion hopes took another hefty hit on Tuesday night as they fell to another away defeat, this time to play-off challengers Solihull Moors.

Goals from Adam Rooney and Joe Sbarre sealed the win for Solihull at the ARMCO Arena as Paul Hurst’s side couldn’t use Friday’s win against Southend as a springboard.

New Solihull signing James Clarke impressed on his debut, providing a good cross from the right for Adam Rooney to slot home after seven minutes.

The Mariners came close to an equaliser through a few headers from corner kicks but their closest chance of the game turned into the nail in the coffin.

A Shaun Pearson header was cleared off the line and Sbarre ran from one end to the other and beat McKeown down low.

Being caught on the break in that fashion would not have pleased the manager, nor the 673 travelling away fans.

John McAtee came close to igniting some hope but his shot dragged across the face of the goal, while an impressive Efete performance also couldn’t break the hosts defence.

With league leaders Chesterfield winning 2-1 against Altrincham, Town now lie six points off the top before their key battle with second place Boreham Wood on Saturday.

A win on Saturday would still see Grimsby jump up to second, but a much improved display will be needed if they have any chance of making that dream a reality.