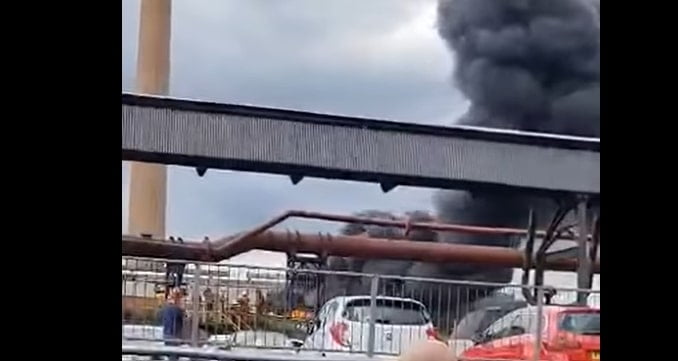 Emergency services are currently attending a large-scale fire that has broken out at the British Steel site in Scunthorpe.

Footage of the fire emerged online this afternoon as staff were reportedly evacuated from the site for safety.

Humberside Police, Humberside Fire and Rescue and East Midlands ambulance services are all at the scene.

According to witnesses, six fire engines are still tackling the blaze, which can be seen for miles around.

Residents nearby are being asked to close their windows as the smoke continues to spread across the area.