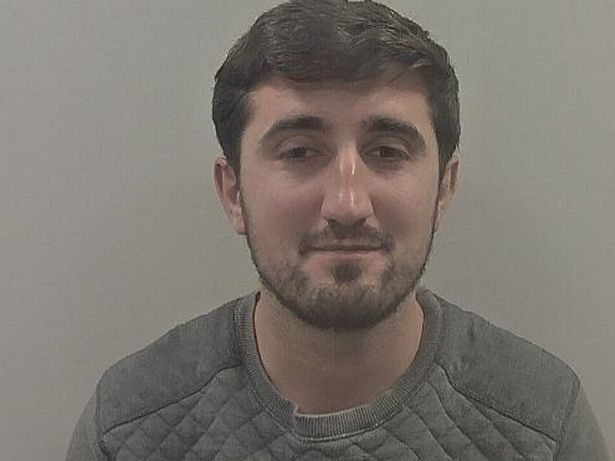 A man has been jailed after Humberside Police uncovered a cannabis factory during an Operation Galaxy raid in Immingham.

25-year-old Erjon Koltraka of Talbot Road, Immingham, was arrested after officers executed a warrant and found plants up to 6ft high being grown in an address he occupied.

Humberside Police have released photographs detailing the sophisticated factory set-up, which consisted of three bedrooms and a loft space, with walls covered in plastic sheeting.

A total number of 167 plants were found, with many reaching 6ft in height.

There was also evidence of heat lamps, fans and plant food, and the electricity supply had also been illegally bypassed.

“My number one priority is keeping the communities of North and North East Lincolnshire safe and targeting cannabis factories run by organised crime groups is a big part of that.

“These gangs often exploit vulnerable people to do their work for them.

“It’s also common for them to illegally tamper with electricity supplies to power the grow, increasing the risk of fires and putting those living and working in neighbouring properties at risk.

“Dealing with the crime and anti-social behaviour that’s often associated with drug use is also a priority for us, as we know the impact this has on the wider community who shouldn’t have to put up with this happening on their doorstep.

“This isn’t something that we’re prepared to accept or tolerate and we will continue to proactively target these drug production operations.”

Appearing at Grimsby Crown Court on June 8, Erjon Koltraka admitted to the production of cannabis.

Mr Koltraka had previously been living in London, until the opportunity to operate the cannabis factory in Immingham arose.

He claimed that the factory was already functional before he arrived.

He added that he had only gotten involved having found himself in a very difficult situation due to his finances and his immigration status.

The property had been rented by someone else since February, and the rent had been paid in cash.

All other costs were paid for by another man, who instructed Koltraka how to care for the cannabis plants, and is alleged to have attended the property once a week.

“The police found the premises to be almost entirely devoted to the growth of cannabis.

“This operation was capable of producing significant quantities of cannabis for commercial use.

“You did this for financial advantage in that you were paid £400 a month and, in addition, any food and lodging was catered for.

“You were contributing to the circulating of an illegal drug in this country as a result of taking part in the growth of cannabis.”

Koltraka has now been sentenced to eight months in prison.

There is a chance that he could subsequently be recommended for deportation.