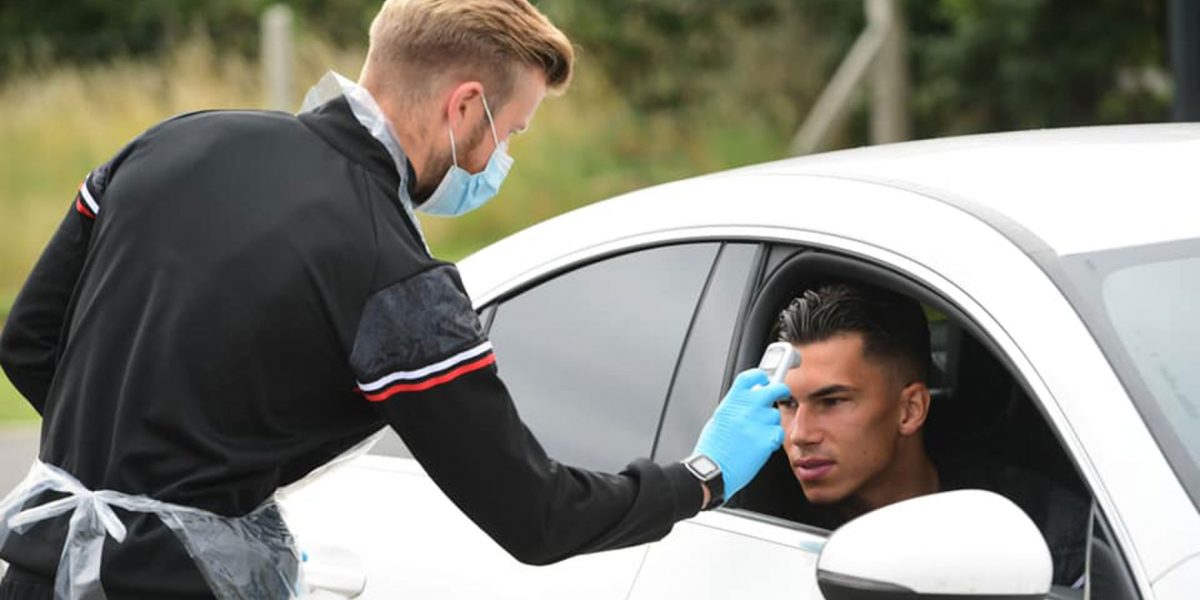 Having all tested negative for Covid-19, staff and players at Lincoln City FC returned for training yesterday.

This means that pre-season training for the beginning of Lincoln’s second campaign in League One can begin, after they finished 16th last season.

The players are entering stage two protocol, which allows the squad to start contact training on the pitch.

Strict guidelines are still in place on entry.

As Lincoln City players returned to the grounds for training, they were greeted at their cars by staff wearing full PPE.

Their temperatures were checked before they were allowed to enter.

Regular cleaning of equipment was also carried out throughout the day.

A spokesperson for the club took to social media to document the days proceedings:

The second half of the 2019/20 season was played behind closed doors due to the coronavirus pandemic.

It is not yet clear how the next season will go ahead.

“Whilst we do have confirmation that the 2020/21 league season will begin on the 12th September 2020, we still await guidance on whether crowds will be allowed within LNER Stadium.”