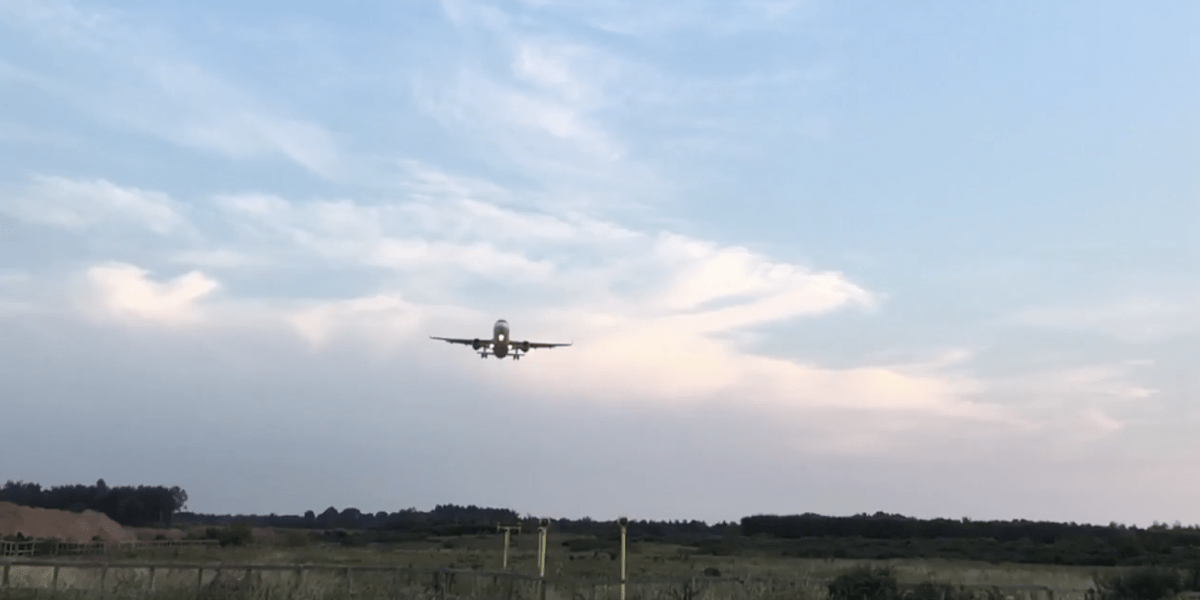 Following a UFO sighting on August 10, investigators researching the event have revealed what they think was spotted at Doncaster Sheffield Airport.

Andrew Pollard, alongside his young son, had attended the airport to watch and record aircrafts as they landed.

Reviewing their footage, Andrew noticed the unidentified object flying across his screen a few seconds into the video.

The video sparked confusion and speculation amongst theorists, with many Doncaster residents reporting their own local sightings of UFOs and “unexplained flashing lights.”

Now, researchers have revealed their conclusion.

Ash Ellis, a researcher for the North West UFO Research and Investigation Group, said:
“I’ve watched the video numerous times and slowed it down and to me, I’m 99 per cent sure it’s a bug or insect flying close to the camera.
“This gives off the illusion that it’s further away and looks to be flying very fast.

“It was recorded in slow motion so that why it looks so “good” so to speak.

“If viewed at normal speed it would literally be a split second speck across the image but because it’s recorded in slow motion and is so close to the lens it appears to be “flying in a straight line” and looks to be in the distance.”

Speaking prior to the investigation, Andrew Pollard said:

“I must have recorded it at the wrong speed, and just before I deleted it, I saw what looked like a rod flying across. It’s really strange. Someone freeze framed it and it looked like a disc.

“I contacted the airport about it and I think they’re quite interested in it.

“I’ve not got a vast knowledge about this sort of thing, but maybe it could be a UFO? It’s really unusual.

“If I’d filmed it at full speed, I don’t think I would have noticed it.

“But I investigate ghosts, not UFOs.

“I would have been really happy if it had been a ghostly figure I’d filmed by mistake. I’d really like some feedback on what it might be.”

He said he is pleased that an explanation has now been found.