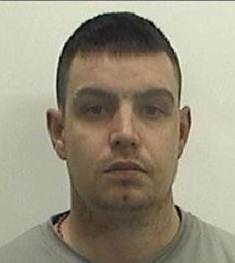 South Yorkshire Police have launched a manhunt for an inmate who has absconded from HMP Hatfield in Doncaster.

He was jailed in 2018 after he attacked a 59-year-old Sheffield man in his own home during a break-in.

He was charged with attempted robbery and grievous bodily harm in connection with the incident.

On Wednesday 26 August, Ward left the open prison and failed to return.

The inmate is originally from Sheffield and has links across the city, particularly to Parson Cross.

He is described as 5ft 8ins tall and of slim build.

Police are asking anyone who sees Ward to call 999.

Please call 999 if you see him or 101 if you have information as to his whereabouts. https://t.co/mVgtX8xAQX pic.twitter.com/jYJHspUfw9

A spokesperson for the force added:

“If you have any information as to where he might be, please call 101.

“Alternatively, you can remain completely anonymous by contacting the independent charity Crimestoppers on 0800 555 111. The incident number to quote is 858 of 26 August.”