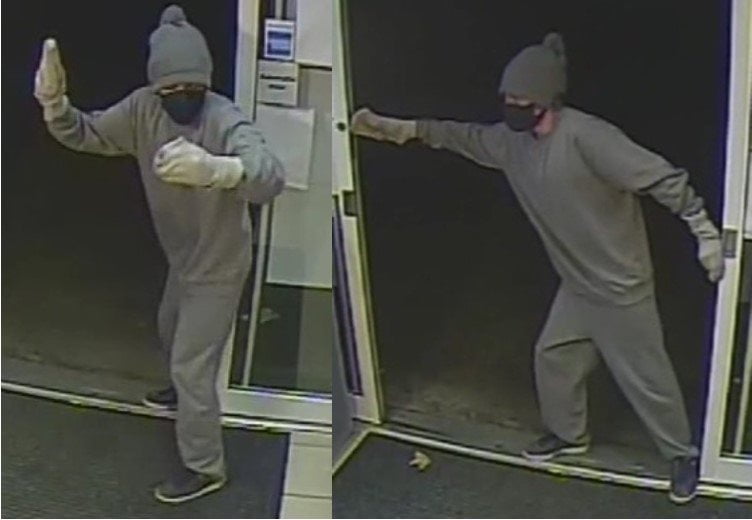 After a 42-year-old man was arrested on suspicion of being involved in a robbery at a Grimsby convenience store yesterday (Friday) evening, Humberside Police are appealing for any information that could help them trace a second suspect.

Humberside Police were called to the Wellington Street shop at 8.30pm on Friday evening after two men reportedly came into the store and stole the till from the counter after threatening the male member of staff.

Humberside Police have now released an image of the second suspect seen at the convenience store.

Detective Sergeant Ian Potter, who is leading the investigation, said:

“We appreciate that his face can’t be clearly seen in these pictures but if you have seen someone wearing similar clothing in the area, we would like to hear from you”.

If you have information you believe could assist in tracking this suspect, please call the non-emergency 101 line, quoting log number 514 of 20 November.