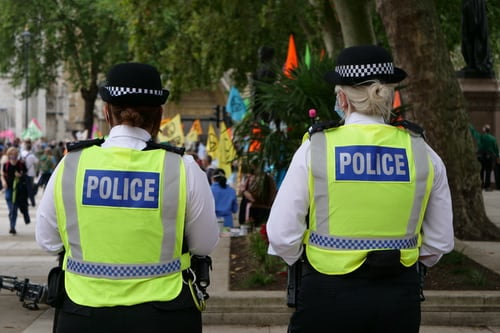 Police to be given stronger powers to evict travellers from unauthorised camps.

Police are set to be given stronger power to evict travellers who build illegal camps in the UK.

Priti Patel, Secretary of State for the Home Department,  is due to give the police new powers to evict travellers who build camps on private and public land and refuse to leave.

She will shortly announce plans which will legally make it a criminal offence to trespass on land with the intention of settling.

People found in breach of the new laws will face fines of up to £2,500 or a three-month prison sentence.

The police will also have the power to seize the vehicles of those who ignore landowners.

A Government spokesperson said:  “While the vast majority of traveller communities reside in authorised encampments, there have been long-standing concerns about the disproportionate impact of some unauthorised sites which cause significant distress to local communities.

“That is why the Home Office carried out a consultation seeking views on strengthening police powers to tackle these unauthorised encampments.”

Sources say police will be able to use the powers where intruders are causing ‘significant damage, disruption or distress’.

The Home Office is expected to reveal full details of the changes next week when it publishes responses to a consultation exercise.