‘People of Grimsby’ illustration unveiled at the Culture House 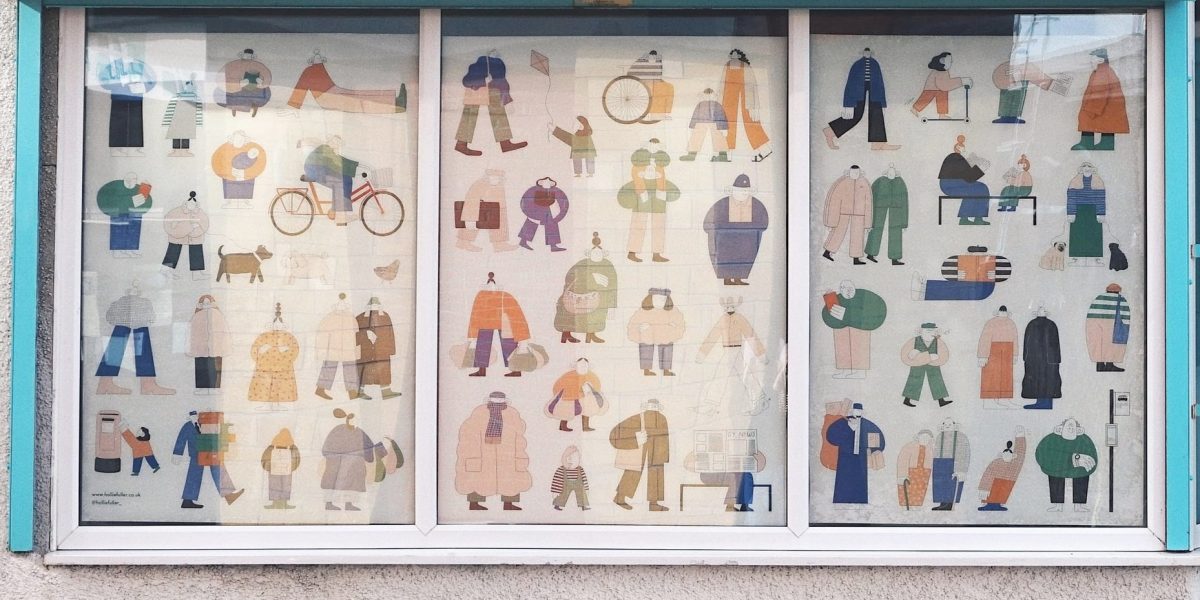 An illustration by Grimsby-based artist Hollie Fuller titled ‘People of Grimsby’ has been unveiled at the Culture House as part of their ‘Something To Cheer Us Up’ project.

In October, local artists were asked to pitch ideas for visual art, illustrations, poetry and other types of work to be displayed in the window for passers-by to enjoy.

Charlotte Bowen from the Culture House said: “We realised we could utilise the window space to cheer people up on their way past. We were aware that Covid-19 was having an impact on people’s mental health so it was a chance to cheer people up and engage artists and provide them with some much-needed work, and get them to come up with some inspiring projects during a difficult time.”

Other artists that were chosen as part of the project were Sarah Palmer, who illustrated a piece titled ‘The House with the Blue Door’, Penny Wood, who created an artwork titled ‘Smile’, and a poem which celebrates Grimsby will also be unveiled by James Alexander Hall.

Charlotte added: “So far, it’s had a really positive impact. We’ve shared it all on social media and have had some really positive comments. When Penny’s artwork was installed, it was during the announcement of the third lockdown and everyone took a bit of a nose-dive mentally, so we were just trying to address that. It was just something positive during a negative time, and to remind us we can still smile during these challenges.”

“We chose Hollie and her ‘People of Grimsby’ illustration because it was really unique and quirky. We weren’t aware, as a cultural organisation, that Hollie was even here in Grimsby doing the work that she does.

“She’s a credible illustrator doing work for clients around the country so we were pleased when she came forward to develop something in her unique style for the window.”

The artwork can be seen in the window of the Culture House on 4 Wellowgate from now until 31 March.