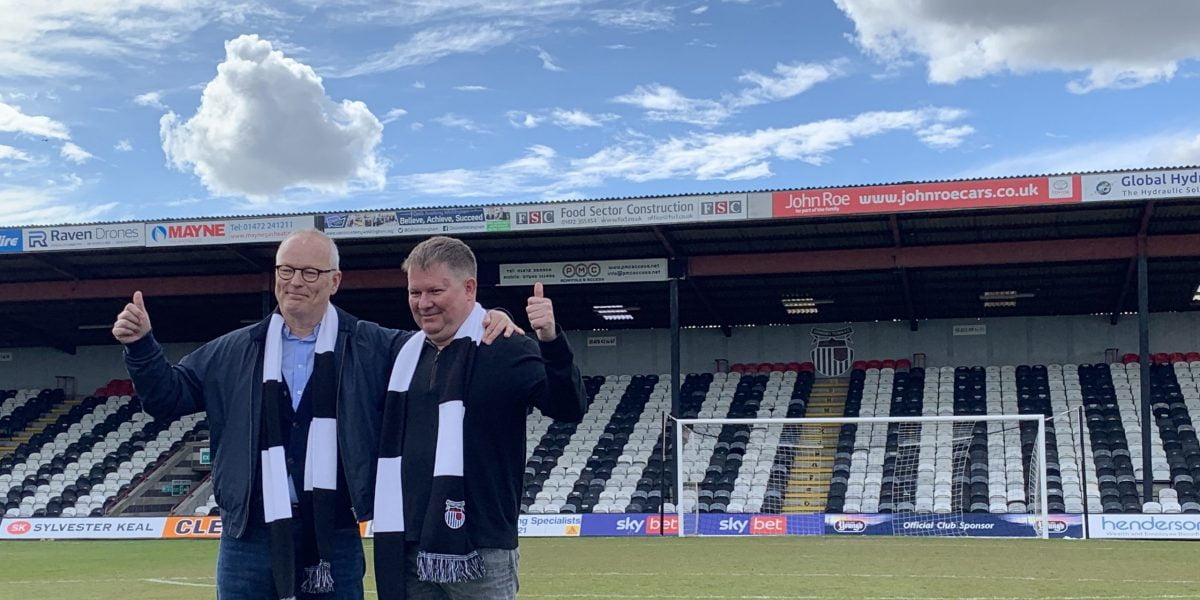 The takeover of Grimsby Town FC by new investors Jason Stockwood and Andrew Pettit has been successful, it was revealed in a club meeting yesterday.

1878 Partners, the company owned by the pair, has acquired John Fenty’s shares in the club.

Stockwood will represent Grimsby Town FC as Chair for a fixed period of three years, while Pettit has joined the Board as Vice Chair.

After the news was revealed yesterday, Jason said: “As fans and as people who care about the town and the community, we’re keen to start a new chapter.

“We’re both lifelong fans. I came to my first game in 1979 and I was a ball boy in 1984 being spat on by Wolves fans! It’s a real source of pride and it’s a massive part of my identity, being from the town and being associated with the club, and we’re just excited to unleash that potential that we know is there.”

Andrew said: “We’re very excited, it’s been a long journey. The hard work starts here, so we really want to get on with it now. I’m delighted to be working with Jason and we’ve got a very clear shared vision.

“I’ve been a fan for 45 years. Standing here, it’s quite poignant because I used to stand with my feet between the rails of the main stand with my dad and I’ve been coming since the mid-1970s, so it’s always been part of me. I left the town when I was 18 and I come back very regularly. A lot of my family are still here, so for me it’s a homecoming of sorts.”

The takeover comes just a short time after Grimsby Town FC were relegated from the English Football League to non-league.

When asked about how it feels to have the “weight of expectation” on their shoulders following the relegation, Jason said: “You wouldn’t be an entrepreneur if you didn’t like taking on challenges. We’re realistic, so for us, there’s no expectation, we’re going to make no wide-sweeping promises about what we’ll deliver.

“We’ll turn up, do the work, put the hours in, and we’ll be judged on our performance. We’ve had careers that have responded to pressure and we’re happy to be judged.

“We’re doing this because we think it’s right for the community and the town. For now, we’re going to run this as a partnership, make decisions together shoulder to shoulder and use our complementary skills, but we want what’s best for the organisation.

“We’re committed to the work, committed to investing, and putting personal investment and time into making this work.”