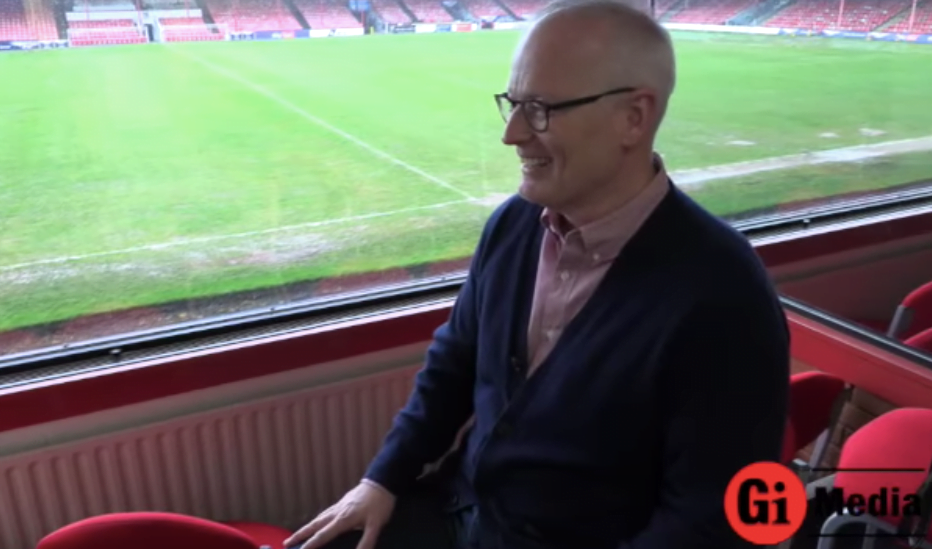 In an exclusive interview, one half of the duo who has famously taken over Grimsby Town FC, Jason Stockwood, has spoken about his views on business and his hopes for the future of the club, of which he has been a lifelong fan.

Jason said he has been “encouraged by the positivity” since the takeover, and that the support from fans has been “great”.

When asked how it feels to go from his past roles as CEO and vice-chairman of Simply Business and International Managing Director of dating website match.com to managing a football club, Jason said:

“It’s the weird twist of being an entrepreneur. You always think your next thing is your biggest and most interesting thing. This for me was a real opportunity to learn and there’s a ton of stuff I don’t know about the football club and the operations so I’m excited to learn new stuff.

“There’s a ton of experience we’ve got in shaping and building organisations, from the business world that we can bring to Grimsby, so it feels like a natural gateway into something more interesting.

“My wife will tell you, I’m always looking for something bigger and more challenging and this is it.”

Jason Stockwood also spoke extensively about the way he and Andrew Pettit together plan to run the club.

“There’s a new style of management that we really believe in. Twenty years ago, the person at the top of the organisation was the man making all the decisions, and it was a man, unfortunately. The world has changed. What you try to build now is organisations where the best people for the job make the decisions close enough to where the decisions need to be made.

“For us, our job is to make sure Paul’s got the tools and equipment and the infrastructure to make decisions himself.  Everyone will have an opinion about it and he’s gracious and used to taking opinions from everyone, but that’s his job. That’s his expertise. We’ll have influence elsewhere so, I’ve said to him if he wants an opinion on a player or anything, we’ll have one.”

“I don’t know if I’m any good at it yet, that’s another thing that will tell in ten years. It’s been the most amazing challenge.”

He said: “The Grimsby trait that I’ve got is, I’m a grafter. I’m not the smartest person but I’ve worked really hard for everything I’ve got and I’ve had an amazing amount of help and luck, so the things I’ve been able to achieve which is through my career and investing and stuff, that’s hard work, but it’s also a lot of luck as well.”

When asked what his message would be to fans, both new ones and those who have drifted away over the years, Jason said: “Come along on that journey with us. We’re keen to get the support, fill the stadium if we can, give Paul the support he needs and we’ll have good days and bad days and we should meet them both in the same way which is, you’re never as good as people say you are, and you’re never as bad as people say you are.

“It’s got to be fun, but we need your help and support. Let’s go on this journey together.”