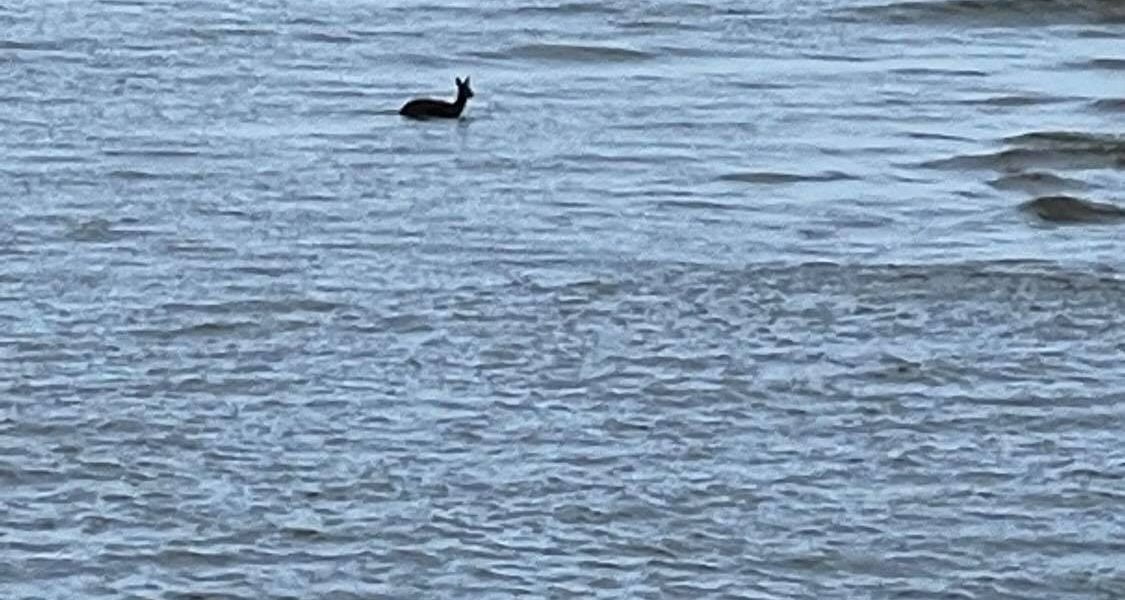 After the controversy surrounding the Coastguard’s refusal to rescue a deer that was stranded on a Cleethorpes sandbank on Sunday evening, they have issued a statement to the public addressing their decision.

In a post made to their Facebook page, they said that weather, tide conditions, quicksand in the location and the potential reaction of the deer were amongst their reasons for choosing not to launch the operation.

“RNLI volunteer lifeboat crews and neither trained or equipped to rescue a wild animal of this size,” the post continued.

Cleethorpes Wildlife Rescue also took to social media on the night in question to alert people about what was happening.

In a Facebook post, the voluntary organisation said that they had made over 50 calls to different services in a bid to rescue the deer as the sandbank slowly became covered by the tide.

When the tide came in fully and the deer could no longer be seen, it was assumed that it had drowned.

“In response to last night’s incident with the deer, we at Cleethorpes Coastguard fully understand how this incident has caused upset amongst the local community. Please be assured as the local Coastguard team, we are also upset about the incident.

“Reading through all of the Facebook comments, there appears to be a lot of confusion about HM Coastguard and the RNLI and our roles, responsibilities and capabilities. To try and address this issue, our senior managers from the Coastguard and Cleethorpes RNLI will be holding a meeting with the staff from Cleethorpes Wildlife Rescue team during the week.

“HM Coastguard, which is a government funded organisation and the RNLI, which is funded by charitable donations, are two totally separate organisations, although we do have an excellent working relationship with each other, working hand in hand to keep people safe. Cleethorpes Coastguard team are tasked to incidents by HM Coastguard Coastal Operation Centre and we are not permitted to self deploy to incidents.

“HM Coastguard and the RNLI are committed to safeguarding people’s lives along the coast and at sea. Every search and rescue potentially places our volunteers and those of the RNLI at risk in dangerous conditions but we and they will always respond to people in difficulty.

“Wild animals by their nature can be unpredictable, placing HM Coastguard volunteers and RNLI volunteer crews at risk if they attempt to approach or handle them.

“After carrying out a full risk assessment, taking into account weather and tide conditions, quicksand in the location, how the deer may react, and the fact that RNLI volunteer lifeboat crews are neither trained or equipped to rescue a wild animal of this size, the decision was made not to launch.

“With respect, until our senior managers have held their meeting with the Cleethorpes Wildlife Rescue team, we will not be responding to any replies/comments on this post.”