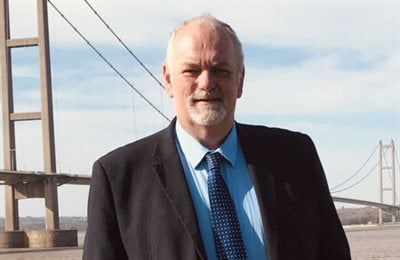 After being elected as the new Police and Crime Commissioner for Humberside Police last month, Jonathan Evison has discussed his goals for the future and what he hopes to achieve in his new role.

Speaking exclusively to Gi Media, Evison expressed his desire to use his new position to act as an “advocate for the people” of Humberside – and to tackle drug crime related to county lines.

He said: “I believe that the Police and Crime Commissioner should be an advocate for the people. It’s the people who I work for, and I want to know their views.

“I want to work with organisations that help the local authorities and stakeholders, and I think they will also contribute to the plans so that everybody feels like the plan is their plan and not just mine. That way, we can move forward together and hopefully solve some of the problems there that we encounter.”

Jonathan Evison has listed his main priorities as the new PCC to place more police officers on the streets, to improve access to the police and to engage with the public and communities.

“We need to do a better job of explaining what the police do, how you contact the police, where they are, and how we go about policing an area,” he said.

He also expressed his views on anti-social behaviour and organised drug crime, issues which he is keen to tackle and raise awareness of through ‘education programmes’.

“As far as anti-social behaviour and drugs are concerned, there’s a lot of education to be done regarding that and we need to get ahead of the curve, so there’s going to be education programmes that we’re going to put on to inform people.

“If something goes wrong with the drug deal, these gangs expect them to pay that loss of revenue off with their servitude, so they become slaves of drug traffickers, and a lot of people don’t realise that.

“A lot of people think it’s a choice made by these young people, but they’re quite vulnerable perhaps, and they don’t have strong adults around them who can put them right – but even someone who is a strong character maybe doesn’t recognise the signs.” 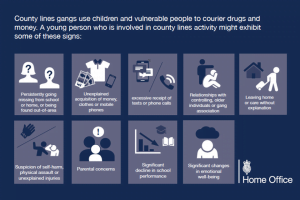 According to the UK government, county lines is “a term used to describe gangs and organised criminal networks involved in exporting illegal drugs into one or more importing areas within the UK, using dedicated mobile phone lines or other form of “deal line”.

“They are likely to exploit children and vulnerable adults to move and store the drugs and money and they will often use coercion, intimidation, violence (including sexual violence) and weapons.”

You can find out more about what the Police and Crime Commissioner does here.