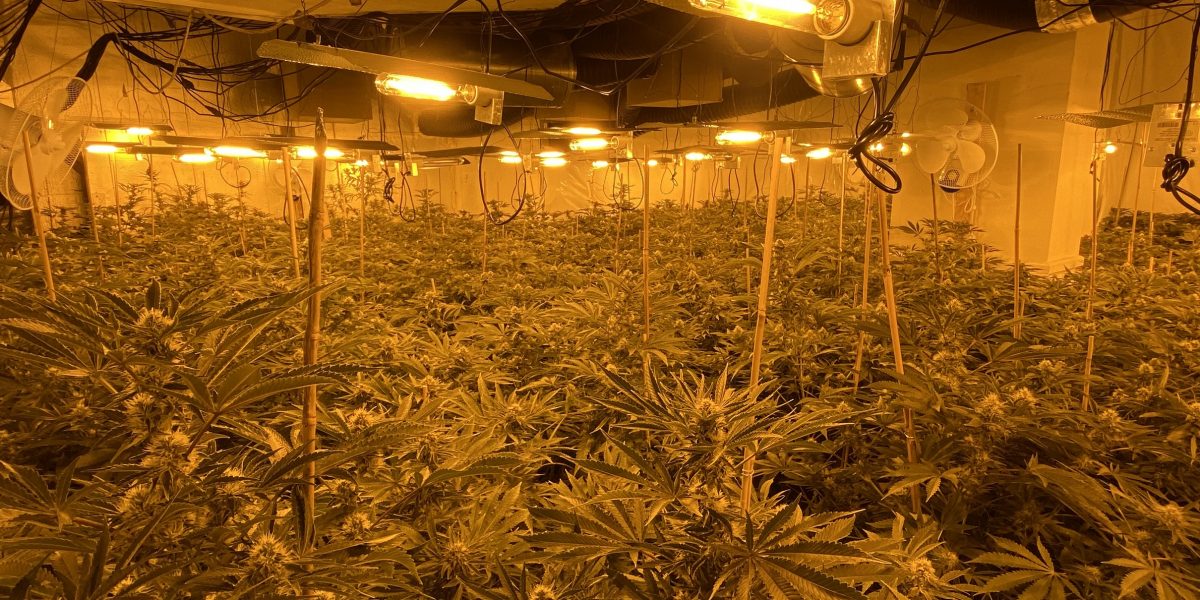 A large scale operation held by Humberside police, which started on Wednesday 8th September and ended yesterday (Monday 13 September), has been successful at disrupting organised criminality and taking drugs off the streets.

A total of 39 addresses were subject to warrants or searches under police powers over four days, at addresses across Hull as well as, Welton, Brough and even on a yacht!

A total of 2,180 cannabis plants with a street value of £1.2 million, as well as three kilos of cannabis already cultivated and ready to distribute worth between £12,000 to £21,000, were recovered from the properties and in excess of £300,000 cash was also recovered and seized.

The raids resulted in ten arrests with six charged, all as being concerned in the production of cannabis.

Detective Inspector Simon Vickers said: “Tackling organised criminality is an ongoing battle we will never give up fighting.

“I understand that some members of the public question why we target these cannabis factories as a priority. Aside from the fact these factories are illegal, those running them are often making large sums of cash which they then feed into other areas of criminality, such as the exportation of Class A drugs, distribution of weapons and on some occasions, the trafficking of people.

“Those leading these networks will enjoy lavish lifestyles filled with high value goods, whilst vulnerable local people live in tough conditions and are exploited into producing or dealing the drugs. They may also be subject to threats of violence or to their families.

“Operations like these have a huge impact on disrupting criminal organisations and showing them that our area is not somewhere they are able to get away with their activity.

“We also take action for the benefit of our communities, as not only do operations like these take drugs off the streets, but they also help to combat wider issues like anti-social behaviour associated with drug use, modern day slavery and the child criminal exploitation.

“Just because this operation has been a success in recovering drugs and locking up criminals, I would like to reassure the public we will not get complacent and will continue to take action against offenders.

“I would also like to thank our partners, in particular Hull City Council, for their assistance during this operation.”

Charges for those involved include: